All Brooklyn wants for Christmas is a win, or two 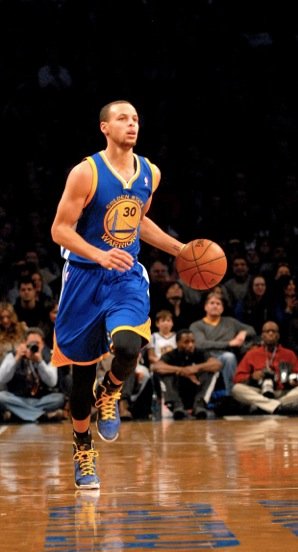 The Brooklyn Nets have not been able to pair back-to-back wins so far this season, but they’ve certainly mounted multiple losses. Currently in the midst of a three-game losing streak that includes a loss to the Philadelphia 76ers, the worst team in the Eastern Conference, Brooklyn hosts the Golden State Warriors tonight, one of the league’s best franchises. First in the Western Conference, Golden State has more wins and fewer losses than all of the other 29 NBA teams.

Tonight’s game will be Kevin Durant’s first appearance in Brooklyn as a Warrior. Durant, who signed with Golden State in the offseason, surprisingly leaving the Oklahoma Thunder, where he made his reputation, takes the floor with Stephen Curry, who, like Durant is top 10 in scoring, Draymond Green and Klay Thompson, the nucleus of the team that won the NBA championship two seasons ago, and the one that lost to the Cleveland Cavaliers in seven games earlier this year.

Golden State is currently on a five-game win streak. One loss in the last 10 games, 25-4 so far this season. The Dubs visit here tonight begins a three-game road trip that then takes them to Detroit tomorrow night (Friday) to play the Pistons, a back to back, then to Cleveland to play the Cavaliers for the first time since the championship games in June. It’s one of the marquee television games that’s annually presented on Christmas Day.

Even though Warriors’ players aren’t leading in individual stat departments, their depth as a team is what makes them so successful. Opponents have no idea which of their players will be the one to take over the game at any time.

On the other hand, Brooklyn, separated by only one game in the loss column from the last-place Sixers, has now become a team that premiere teams such as the Warriors and Cavaliers expect to beat, which is customary.

Brooklyn is playing good quarters, but not many good, complete games.

In Tuesday’s road loss to the Toronto Raptors, Brooklyn played a good second half. They lost the third quarter by one point, and won the fourth 32-25. They lost the game in the first half. Toronto outscored them by 18 points.

“I was proud of the way our guys competed in the second half,” said Brooklyn’s head coach, Kenny Atkinson. “In the first half, it wasn’t good enough.”

Atkinson noted that it was from their inability to get back and transition on defense.

Norman Powell, the Raptors guard/forward replacing DeMar DeRozan, who had 15 points, scored a season high of 21, subbing off the bench.

“They did whatever they wanted, killed us in transition,” admitted Nets’ guard Jeremy Lin. “They got to the free throw line and they got offensive rebounds.” Lin finished with 12 points and four assists.

“I had a lot of fun out there,” said Powell. “I think the whole team did.” Not something that any opposing team should want mention.