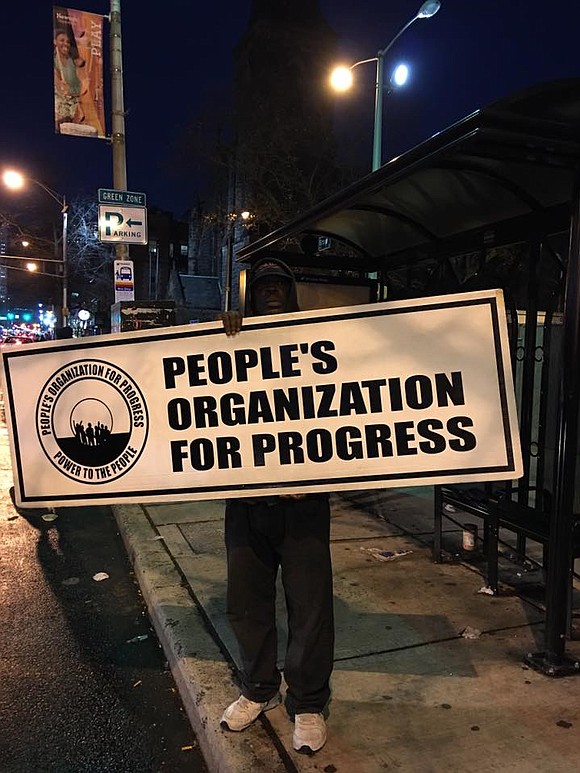 The People’s Organization For Progress held an observance on the anniversary of the passage of the 13th Amendment to the U.S. Constitution, which abolished slavery, Sunday at the Lincoln Monument in downtown Newark.

The event was the first of its kind observed in Newark by POP.

The 13th Amendment, which was introduced after the Civil War, was passed by both houses of Congress and was ratified by the legislatures of 27 of the 36 states, a three-fourths majority. It became law Dec. 18, 1865, after Secretary of State William Seward issued the official statement that it had been ratified by the required number of states.

“We decided to have this observance because we felt that there should be some type of official recognition of one of the most historically significant events in U.S. history, the abolition of slavery,” said Lawrence Hamm, founding chairman.

For many years, many African-Americans have observed Jan. 1, the anniversary of the Emancipation Proclamation, to observe the end of slavery. In recent years, Juneteenth has been celebrated, referring to the ending of slavery in Texas June 19, 1865.

The 13th Amendment became a topic of discussion in 2016 as more and more people have spoken out against the prison industrial complex and the overwhelming number of Black men in the prison system. Ava Duvernay’s “The 13th,” released in October, highlights these issues. POP recently co-sponsored a showing of the documentary.

Friday, Dec. 30, POP is leading the “Mothers Cry for Justice Memorial March and Rally” for Jerame Reid and other victims of police brutality. The march is part of the 2016 National Stolen Lives Tour. The march will start at 4:30 p.m. at the intersection of Springfield Avenue and West Market Street in front of the Lincoln Monument in Newark. Participants are encouraged to bring a flashlight.