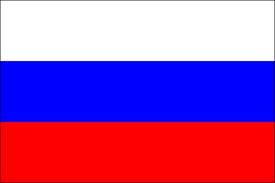 One of the main reasons why Hillary Clinton lost the election had to do with perceived (and actual) security breaches with regards to her private email communications and the hacking of the Democratic Party. The recent report by the CIA that Russia was the likely culprit behind the DNC infiltration should not be taken lightly or turned into a political football.

Despite an attempt toward a détente in U.S.-Russia relations early in the Obama administration, they have suffered recently because of the Russian actions in Crimea and its involvement in Syria, propping up the Assad regime. Although Trump has signaled a pivot away from regime change as a policy objective—a move likely to ease tensions with Russia—he should not take Russia lightly.

Putin is an old hand, a master at both spy-craft and statecraft. He has fashioned a strong-man image in Russia banked on his ability to flout the West. And his interference in U.S. elections should be a cause for concern by the Trump administration, even though it may have been a perceived media benefit, in the short run at least.

While the CIA and mainstream media point to circumstantial evidence to support their claim, Trump has called the claims by the CIA baseless and attacked the agency in an interview with Fox News host Chris Wallace. The president-elect is in dangerous territory. He must be careful to remember that Russia is not a friendly nation to the United States, which is indicative of the bipartisan support in the House and Senate for looking into the Russia hacks. Trump’s political instincts may tell him that this allegation of Russian meddling on the part of his political adversaries is an attempt to delegitimize his presidency and weaken him politically. And although some of that might be true, he should also know that the intelligence assessment by the CIA is probably based on substantive knowledge. It would not have been communicated so publicly if the various scenarios had not been thoroughly analyzed.

Trump needs to be very wary of the Russians. It is apparent that Putin not only believes that he could manipulate the U.S. elections but also believes that he can manipulate Trump by insinuating respect and personal admiration. Putin, however, may be underestimating Trump, as so many others have in the past. Although Trump is not a polished statesman yet, his record of success in the business arena has revealed a shrewdness that is not always apparent upon first glance.

Trump’s unconventional choice of ExxonMobil CEO Rex Tillerson to lead the State Department is a case in point. Tillerson is the CEO of the one of the world’s largest and most far-flung corporate empires. It leads in almost every aspect of the energy and petrochemical business, operates facilities or markets products in most of the world’s countries and explores for oil and natural gas on six continents. If there is any CEO or business executive who has interacted with sensitive foreign government issues and knows the major players on the global stage it is Tillerson. And yet despite his extensive global experience, Tillerson is also a relative political newbie and does not bring some of the baggage associated with other, more politically connected candidates.