Denzel: ‘Be the best you, that you can be’ 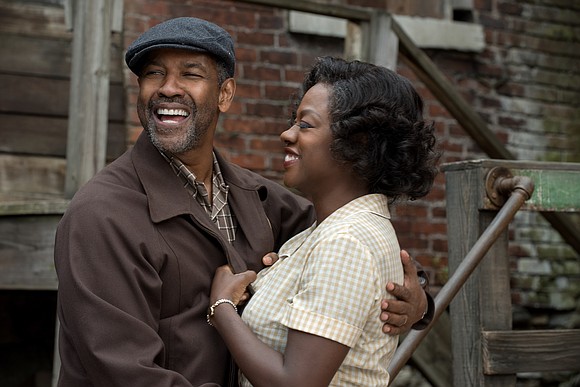 As the award-season moves swiftly to the Jan. 24 Oscar nominations, the pre-awareness screenings for “Fences,” which stars director and producer, Academy Award winner Denzel Washington, has picked up a powerful momentum. Make no mistake. Acquiring a nomination and winning an Oscar are like campaigning for political office.

The race for the Oscar and being a part of “Fences” is familiar territory for Washington, and he is returning six years later—after the Tony Award-winning revival of August Wilson’s “Fences” took Broadway by storm—along with Viola Davis, and Stephen Henderson.

“Fences,” the play, first ran on Broadway in 1987 and is regarded as one of Wilson’s most beloved and well-known from his 20th century Pittsburg Cycle.

Set in the 1950s, “Fences” follows 53-year-old sanitation worker, Troy Maxson, and his family, who are struggling to thrive in the racially tense era.

Early in the year, it seemed a no-brainer that “Fences” would be nominated for “Best Picture,” with a strong possibility of picking up an Oscar, and then slowly the power of the moon began to change predictions for the race, with the Los Angeles Film Critics Association anointing “Moonlight” as the Best Picture of 2016, also giving the film Best Director, Best Supporting Actor (Mahershala Ali) and Best Cinematography. “Moonlight” also picked up the Gotham Award win for Best Film (as well as Screenplay and Ensemble), a Supporting Actress win from the National Board of Review for Naomie Harris and the Supporting Actor trophy for Ali from the other coast’s big group, the New York Film Critics Circle.

True to form for going the distance, the intelligent grass roots campaign for “Fences” continues, with a mix of community and industry screenings and Q&As across key states. The team has kept on the “approved” answers to the usual questions. So, at times, it feels robotic, rehearsed and boring but none the less, the performances in “Fences” are tremendous, especially with powerhouse Viola Davis.

In a recent interview on CBS’s “60 Minutes,” Washington, spoke passionately about “being the best you can be” and what lack of diversity in Hollywood, in his experience, has meant to him over the years.

To be successful in anything is a test of endurance and Hollywood is no different. Maybe for African-American creatives that journey is even more challenging, because of the amount of money that’s paid to the profession—they don’t make wealth building easy, the journey isn’t all peaches and cream.

About the long journey, Washington said, “It’s been a long road. It started, in 2009, Scott Rudin who sent me August’s original screenplay and asked me what I wanted to do with it. I think he wanted to know if I just wanted to act in it, or maybe direct or just produce it. I admit, then, I had not read the play. So I read the play.

“In the ’80s, I had seen the play but at that time, I was too young to be Troy or too old to be Cory. And then, when I read the play and it said, ‘Troy, 53-years-old’ and I was 55 at the time, I said, ‘Oh, I better hurry up.’ [Using that logic] I called [producer] Scott Rudin, and I told him I wanted to do the play, so that’s how the ball got rolling. That’s really how the ball got rolling.”