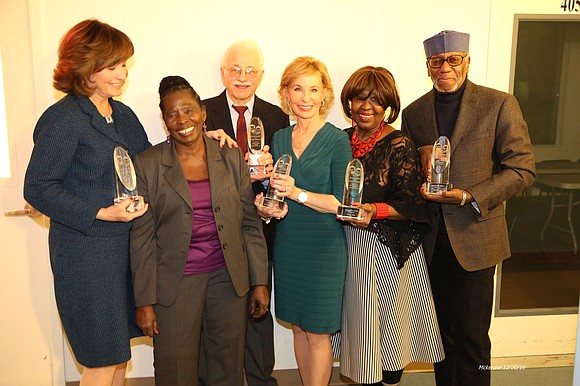 Before children are diagnosed with autism in Africa, some are excluded from their families, reportedly.

By working with the U.N., Ugoji Eze, the CEO and founder of Eng Aja Eze Foundation, a nonprofit that focuses on the plight of women and children in conflict zones, is hoping to challenge the stigma of autism in Africa and in Black communites abroad.

“I wanted to raise awareness about autism in Africa to break down cultural stigmas and barriers,” Eze said. “When a family has a child with autism, they tend to hide them. They feel like they have a curse or they’re witches. They steer them from mainstream education or even interacting with their family.”

According to Eze, there is a lack of education, medical care and local schools in Africa that allocate resources toward children and adults with autism.

“The child is left behind,” Eze said. “Their basic human rights are deprived of them.”

Tuesday, Dec. 6, the U.N. presented “Autism in Africa: Life Saving Awareness: Whilst Implementing the United Nations 2030 Sustainable Development Goals and Towards Agenda 2030” to advocate for policies that move children with autism toward inclusion.

The U.N.’s mission to raise awareness of autism includes the African nations of Zambia, Uganda, Malawi, Angola, and Kenya.

According to the Centers for Disease Control and Prevention, about one in 68 children have been identified with autism spectrum disorder. Autism is a complex condition that affects a person’s communication and social interaction skills. Although early diagnosis is important, research shows that African-American children with autism are generally one to two years older than their white peers before they’re diagnosed.

“A white child is diagnosed quite early—before they’re 18 months old,” Eze said. “In the Black community, it can be as far as 6 or 7 years old. It’s too late. There need to be more resources available, more caregivers, more awareness and special schools.”

Eze added, “They are being left behind and they grow up into adults with autism.”

Eze is urging the Black community and the African diaspora to create an autism campaign for children of color. The Autism Speaks Treatment Network reported that regressive autism, a condition in which children lose developmental and social skills, is twice as likely to develop in African-American children.

“A close friend of mine had a son who was diagnosed quite late,” Eze said. “He is not really a productive member of society. She doesn’t know what the future holds for him. She has to look after him from the cradle to the grave.”

According to AutisminBlack.com, a website, which explores the cultural struggles and solutions of African-Americans with autism, religious beliefs such as “God makes people the way they are” or statements that the child will “catch up” can be crippling. Parents may also be reminded of a family member who at one point was delayed but eventually developed “normally.”

“[Parents] need to embrace autistic children and children with disabilities and not treat them like outcasts,” Eze said. “They are our next generation.”