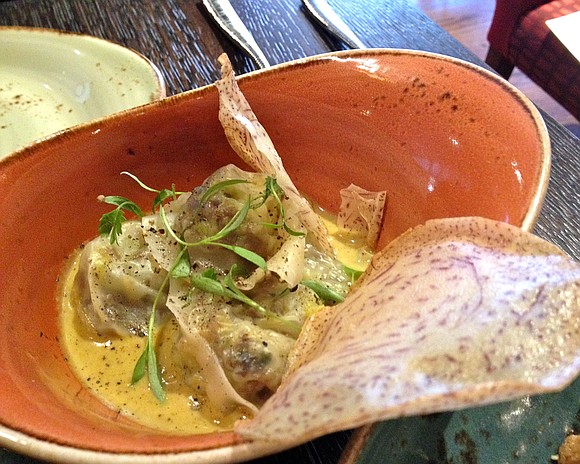 After a three-year run, the Afro-Asian-American Harlem eatery, The Cecil, will close as a restaurant at the end of the year and reopen as a private events space while a long-term vision is determined. Because the two restaurants, The Cecil and Minton’s, have always been side by side, the team decided to bring the award-winning restaurant concepts together under the Minton’s roof.

“We are excited to continue the culinary conversation we started at The Cecil, bringing delicious food and amazing music together under one roof at the legendary Minton’s,” said Minton’s restaurateur, Alexander Smalls. “We will be introducing an all-new menu from chef J.J. Johnson, and the restaurant will be open more nights of the week. So, come join us to celebrate food and music in this legendary space, the home of bebop and foundation of modern jazz.”

Beginning in January, Minton’s will be home to a new menu from James Beard semi-finalist chef Joseph “J.J.” Johnson. However, don’t fret. Chef Johnson’s menu will highlight favorites from both Minton’s and The Cecil, such as gumbo to oxtail dumplings! Together with world-renowned music to enjoy more nights of the week, the restaurant will be open for dinner Wednesday through Sunday, and for weekend jazz brunch both Saturday and Sunday.

The Cecil’s final dinner service will be on New Year’s Eve. Chef Johnson will prepare a festive holiday menu including a preview of his new dishes. Meanwhile, at Minton’s, the soulful celebration will feature fried chicken, caviar, Champagne and live jazz. After midnight, a party will kick off in The Cecil lounge with a midnight Champagne toast!

Chef Johnson and the entire team are so appreciative of the support they’ve received from their guests and look forward to welcoming everyone to the new Minton’s.