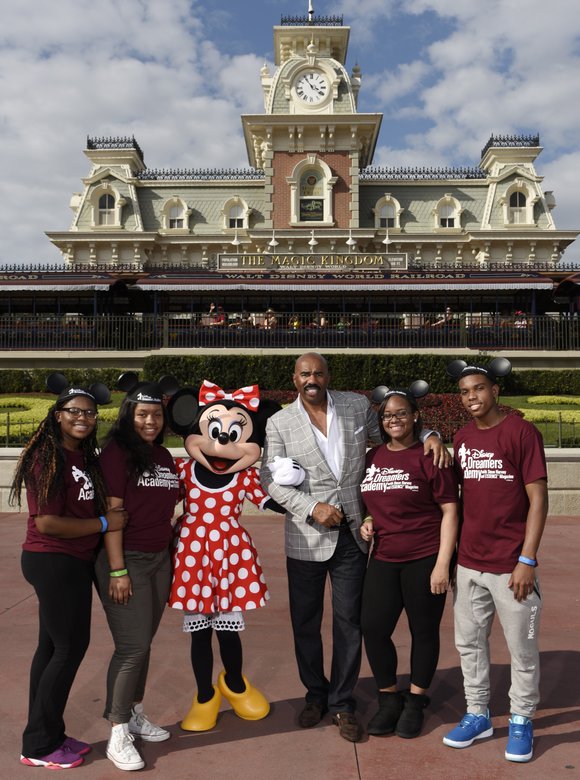 The teens, along with a parent or guardian, received an all-expense-paid trip to Walt Disney World Resort, where they will take part in a once-in-lifetime educational and mentoring program designed to inspire them to dream big, discover a world of possibilities and prepare for their future.

They are part of a group of 100 students from across the nation attending the four-day event where they learn important skills such as communication techniques and networking strategies, build confidence.

This year’s students were selected from nearly 10,000 applicants who answered a series of essay questions about their personal stories, the people who are most influential in their lives and their dreams for the future.

Each year, motivational speakers, celebrities, entrepreneurs, executives and Disney Cast Members gather at Disney Dreamers Academy to share their stories and provide insight on charting a positive course and achievement.

"Disney Dreamers Academy is a one-of-a-kind program that, since its inception, is helping more than 800 students achieve their dreams," said Tracey D. Powell, Walt Disney Parks and Resorts vice president of deluxe resorts. Powell serves as Disney Dreamers Academy executive champion. "As we prepare for our ninth annual event, the greatest reward has been seeing so many of our previous Dreamers use their experience at Disney Dreamers Academy to expand their dreams and move even closer to making them a reality. After all, that is what the program is all about," said Powell.

“Disney Dreamers Academy gives hope and inspiration, and exposes youth to a world of possibilities," Harvey said. "We are excited about another opportunity to transform lives and give students an inside look at what their future can hold.”

"We are excited to once again join with Disney Parks and Steve Harvey to encourage our youth to dream big. Our expectation is that this group of remarkable teens will be the leaders of tomorrow and positively impact the world for years to come. It is our honor and commitment at ESSENCE to be part of that process."