The case of Flint, Michigan: Management in the absence of leadership is a disaster in the making 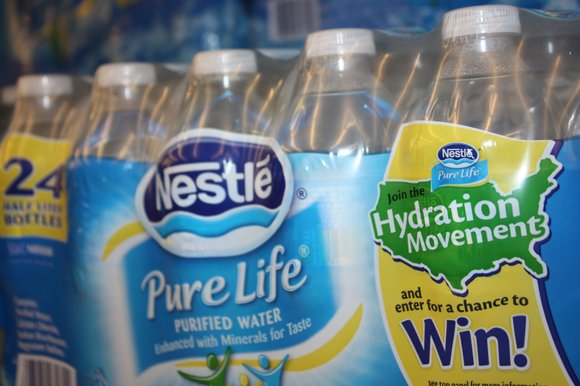 Something is definitely rotten in the state of Michigan, and it’s not just the lead-poisoned water coming from the corroded pipes undergirding Flint’s public water system. The rottenness goes to the very core of an attitude of managerial expediency unfettered by moral leadership.

Contrary to widespread belief, Flint’s water woes are not the result of decades’ long neglect of critical infrastructure investments—although that is certainly a contributing factor. The blame for Flint’s water problems lies squarely with a legacy of policy choices dating back decades. The fact that towns such as Flint are currently facing critical fiscal crises is the result of successive generations of corrupt and incompetent local elected leadership. But the immediate cause of the water crisis in particular stems from the current Michigan governor’s attempt to rectify fiscal mismanagement through authoritarian, anti-democratic governance policies.

Snyder’s policy of usurping local governmental authorities and placing economically depressed towns such as Flint under the sole control of unelected “emergency managers” is the proximate cause of the Flint crisis. The philosophy behind Snyder’s policy choices seems to be that governments should be “run more like a business.”

Under Snyder’s dubious management-oriented philosophy, principle-centered leadership often takes a backseat to expedient tactics. In Flint, this policy regime has tragically backfired. The absence of moral discernment has caused a crisis from which the citizens of Flint and Michigan taxpayers are unlikely to escape any time soon.

Let’s be clear. The situation in Flint was not an act of nature, an accident or a mistake. It is a manmade environmental disaster. It was entirely foreseeable and entirely preventable. Potentially thousands of children may have suffered permanent neurological injuries from elevated levels of lead in their blood—elevated levels caused by drinking and bathing in contaminated water that was falsely declared safe by officials who were appointed by and report directly to the governor—a two-term governor at the end of a term-limited run who may feel he no longer has to be accountable to the Michigan voters.

But what has elevated this crisis from mere tragedy to the heights of diabolical absurdity was the Snyder administration’s yearlong denial—despite an abundance of objective evidence to the contrary—that there was even a problem to begin with. When Marc Edwards, a Virginia Tech professor, MacArthur Genius grant recipient and world-renowned expert on water quality, declared the brown sludge coming from faucets in Flint to be toxic waste, the Snyder administration dismissed him as a quack.

When local pediatrician Dr. Mona Hannah-Attisha, alarmed that children were showing up at her practice with skin rashes and thinning hair, alerted political leaders that blood lead concentrations in children were two to three times normal levels, Snyder called her findings inconclusive and vigorously denied that the elevated lead levels were caused by the city’s drinking water.

When an EPA memo describing dangerously high levels of lead in Flint’s drinking water was leaked to the media, the Snyder administration lambasted the memo’s author as a “rogue employee.”

The level of official misconduct here is beyond ludicrous. In fact, if it weren’t staring us right in the face, we would have difficulty conceiving of such ribald villainy on the part of our elected officials. The situation in Flint is a humanitarian debacle of world-class dimensions. If al-Qaeda or the Islamic State group had intentionally poisoned the drinking water of more than 100,000 Americans, it would be considered a national security crisis. We would immediately mobilize the military and hunt down the culprits without prejudice. The crisis in Flint cannot be characterized as anything else but an intentional act of sabotage.