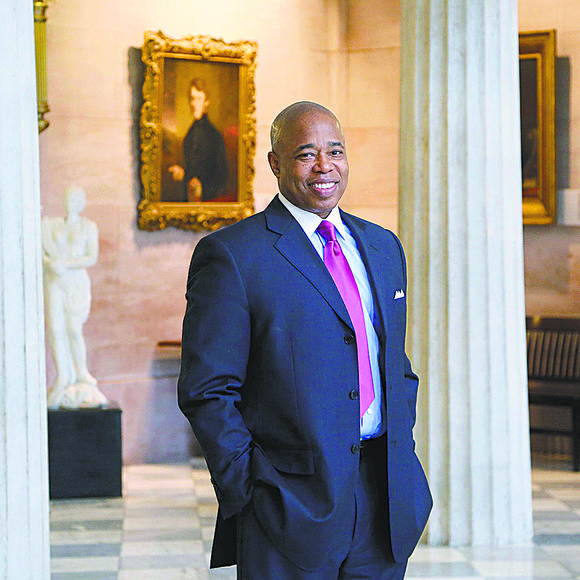 We are the city of the New York Amsterdam News, El Diario La Prensa, The Forward, China Daily, New York Carib News, Haiti Observateur, Nowy Dziennik and the Irish Echo. These publications are institutions that sustain our shared home of many cultures. Community-based ethnic media allows millions of people to access information important to their families in their preferred language, speaking with a voice that has often been ignored elsewhere. New York Amsterdam News, for example, reported on civil rights protests and published the writing of Malcolm X at a time when those perspectives were almost entirely excluded from general circulation newspapers and television broadcasts.

Advertising in ethnic media often presents the best opportunity to reach an audience that needs the information. Consider that 47 percent of Brooklyn residents speak a language other than English at home and that ethnic media outlets have an audience of 3 million people—more than one-third of New York City’s population. If we are to communicate effectively with the public, providing valuable information about free municipal identification, pre-kindergarten registration, the Earned Income Tax Credit, legal services for immigrants and job opportunities, we must work with the media that people trust to provide reliable information on issues that matter in their communities. We demonstrate our concern for everyone in New York City by including them in the conversation in a language that speaks to them.

Unfortunately, the city has a history of ignoring ethnic media when spending its advertising dollars. A study I collaborated on with City Comptroller Scott Stringer found that of the more than $20 million spent by the city on advertising in fiscal years 2013-15, less than 13 percent was spent with ethnic media. Furthermore, despite the disproportionately high rates of poverty among individuals who have limited English proficiency—a population that encounters serious obstacles to obtaining full-time work—less than 5 percent of city advertising spending for job listings went to news sources they can access. People cannot find employment opportunities if they do not know that they are available. By failing to advertise in ethnic media, we effectively exclude a substantial part of our population from the full benefits of a civil society.

The survival of ethnic media—and other local media—depends on their fair access to advertising opportunities. These institutions have a demonstrated commitment to public service that would, without their important contributions, remain unfulfilled. I am not suggesting that the city pick winners and losers in the market. Rather, I want our government to offer every publication an equal opportunity to succeed, regardless of the audience they serve.

In a letter that Stringer and I sent to Council Member Carlos Menchaca, chair of the City Council’s Committee on Immigration, it was recommended that the city review existing contracts with advertising agencies to focus on reaching the entire population of our five boroughs; establish a definition of ethnic publications; consider vendors with experience reaching specific communities; and evaluate the spending of our advertising budget to reach the entire audience efficiently.

I am also hoping that the City Council will mandate quarterly reporting from each city agency with an advertising budget on how much of their dollars are going to ethnic media, creating an CompStat-type system for city advertising. We cannot continue to wait until year’s end to find out our agencies are falling short.

In addition, I believe we must focus attention on the state and federal levels as well, ensuring that the distribution of all of our government advertising resources are deployed in a manner that maximizes effective and strategic community penetration.

We are a city defined by its diversity, comprised of people from every part of the world, of many cultures and many languages. As we celebrate our diversity, we must protect the right of every New York City resident to become informed and, more importantly, involved in our government and our entire society.

Every job listing posted by New York City describes the city as an Equal Employment Opportunity Employer. We must now become an Equal Opportunity Advertiser.