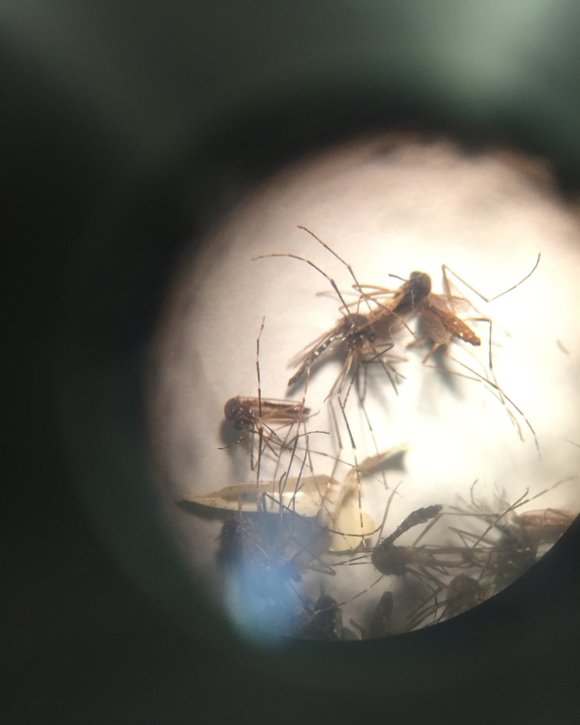 The mosquito Aedes Aegypti as seen through a microscope. The main culprit in the spread of Zika as well as other viruses. Miguel Castro/CNN

The first confirmed cases of the crippling Zika virus in pregnant women were recorded in the Caribbean trade bloc in the past week, forcing health authorities to frantically arrange a special monitoring system for the women in the coming months.

Officials in the tourist paradise of Barbados said three women who tested positive for the virus were under special care at the main state hospital, marking the first confirmed cases among pregnant women in the 15 nations in the bloc. In all, the island has seven confirmed cases.

“The situation is still evolving, and information is being updated regularly. The ministry of health will continue to roll out its response based on the local, regional and international experience,” an unusually forthright government statement on matters of this nature stated.

The virus, which is ravaging Brazil with thousands of confirmed cases, has resulted in babies being born with microcephaly, an illness leading to abnormally small brains and that is believed to be transmitted from parents, mothers in particular, to children.

The result is that health experts in the Caribbean have joined with others in the international community to ask women planning to become pregnant to hold off for two years until doctors and researchers get a grip on the situation and at least until a reliable vaccine is developed to deal with the mosquito-borne illness.

In the meantime, the Barbados-based Caribbean Tourism Organization and Caribbean Hotel and Tourism Association have jointly appealed to hotels to work toward eliminating all possible breeding grounds for mosquitoes.

“We are in communication with our respective stakeholders and are observing national, regional and international health protocols in dealing with mosquito-borne viral diseases, which can be found in tropical countries as well as the warmer regions of the U.S.,” said CTO boss Hugh Riley said.

Despite the fact that Antigua has yet to confirm a single case, officials there have in recent weeks reported a slow but steady string of hotel cancellations linked to fears of tourists about possible infections.

Caribbean leaders, who are scheduled to meet in Belize for their mid-year summit this week, have already penciled in an extended discussion about how the region will tackle the virus as a key agenda item when they meet for two days in the Central American mainland country.

But even as governments and the private sector collaborate to beat back the spread of the virus, the University of the West Indies, from its Barbados campus, has established a task force as a link between governments and health officials. The idea, says Deputy Principal Clive Landis, is to help the region arrive at a science-based response to the situation.

Principal Sir Hilary Beckles says the region has some previous experience in fighting mosquito-borne illnesses and that no time should be wasted with Zika.

“We have been here before with malaria, which we successfully eliminated from the Caribbean region, and we can do it again, even if this mosquito species presents some extra challenges by breeding in the smallest water reservoirs in and around our homes,” said Beckles.

“The rapid spread of the Zika virus poses serious regional challenges over the levels of public health and safety and sustainable economic development, and as a regional university, we have a duty and a responsibility to confront these challenges head-on.”