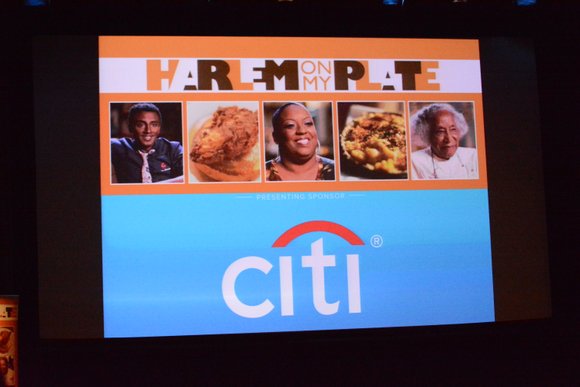 Harlem on My Plate

Last week, the Schomburg Center for Research in Black Culture celebrated “Harlem on My Plate,” a documentary short film that explores the history of Harlem’s food renaissance. Presented by Citi in support of the Schomburg Center, the event included a reception, screening and Q&A with the filmmakers and chefs and restaurateurs featured in the film.

“Harlem On My Plate” chronicles how food has remained at the center of the cultural, social and economic growth of Harlem through interviews with Harlemites, chefs, politicians, historians and celebrities. The film examines the great African-American migration from the south to Harlem in the early 1900s, the Harlem Renaissance of the 1920s and 1930s and the preservation of recipes and traditions as it relates to the present-day food renaissance in Harlem. From Wells’ chicken and waffles and the original Red Rooster to pioneering Sylvia’s, to today’s popular restaurants like Melba’s, Settepani, 5 and Diamond, and the Cecil, all contributed to the evolution of Harlem, establishing the community as a top culinary destination.

The film has been accepted to participate in competition in the Narrative Short Films category at the New York City International Film Festival in April. It is also archived at the Schomburg Center.