Hunger in the community: Food Bank does its part to help 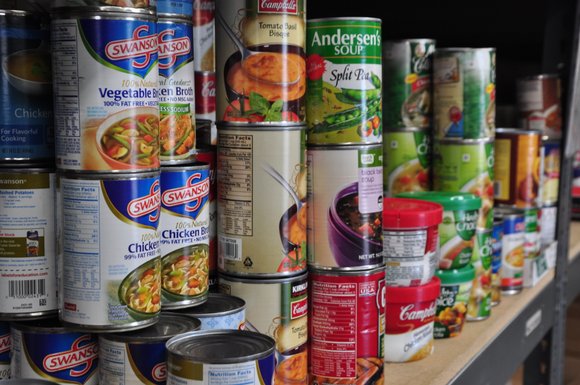 African-Americans experience both poverty and food insecurity at significantly higher than average rates. In New York City alone, 1.4 million residents rely on food pantries and soup kitchens (in 2012, half of those residents were identified as African-American) and 23 percent of Black New Yorkers live below the poverty line. The average for New York City overall is 20.9 percent.

With cuts to the SNAP program, more Black families in the city are making their way toward the food pantries and soup kitchens run by Food Bank. Since Nov. 2013, residents in the five boroughs have lost more than 116 million meals due to SNAP cuts, which has led to 9 out of 10 of Food Bank’s facilities seeing an increase in demand.

The organization's community kitchen and food pantry on West 116th Street, between Frederick Douglass and Adam Clayton Powell, Jr. Boulevards, distributes 50,000 free meals monthly and has been serving the Harlem area for more than 30 years. On a February weekday afternoon, the AmNews received tour of the facility with Food Bank's Vice President of Community Relations, Dr. Camesha Grant.

With some Harlemites holding shopping carts waiting to shop the pantry downstairs and older Harlemites eating lunch in the kitchen section of the building, Grant discussed what Food Bank is all about and why they exist.

“In 2013, we saw huge cuts to SNAP because of the (last child reauthorization act),” said Grant to the AmNews. “So as those monthly allowances were cut down, what ended up happening was that families had a harder time making ends meet. So we started seeing more families and longer lines and the same people coming back more frequently.”

“It's a challenge because they mean we need additional resources to cover the need,” said Grant. “What we know across the network is that certain pantries have had to ration food."

The meal gap is the way to measure the number of meals that families miss. Most of the areas in the five boroughs that have meal gaps of 4.3 million or more for 2015 can be found in Upper Manhattan, Southeast Brooklyn, Eastern Queens and much of The Bronx. In 2015, Central Harlem (Community Board 10) had a collective meal gap of 5.7 million meals. In both East Harlem (CB 11) and West Harlem (CB 9) the meal gap was 4.3 million meals.

Grant directed AmNews to the POS (Paperless Office System) section of the community kitchen where people who come to the pantry can check to see if they're eligible for other government programs. “So when they come in for food, we want to do (a full-on assessment) to really determine their eligibility for SNAP. Anybody who comes in who displays that need, we want them to come down and sit here and give them an opportunity to apply.”