Two losses and a gain for Black journalism 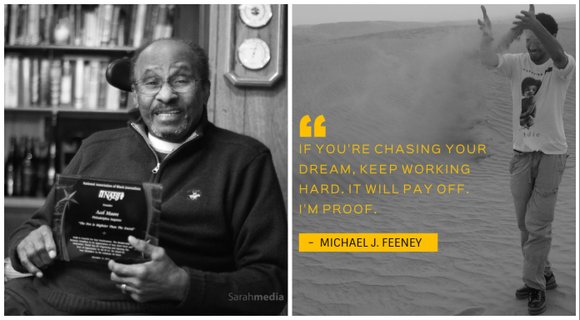 Black journalism was dealt a double blow recently with the sudden death of Michael Feeney and the passing of Acel Moore, one of the founders of the National Association of Black Journalists. Feeney, 32, was a former New York Daily News reporter and served as president of the New York Association of Black Journalists, died January 31 of complications from a staph infection in his kidneys.

In 2010, Feeney won the Emerging Artist of the Year Award from the NABJ and was looking forward to his new assignment as entertainment reporter at CNN in Atlanta.

In contrast to Feeney’s premature death, Moore had a long and distinguished career in journalism. He was 75 when he died Feb. 12 at his home in suburban Philadelphia after battling health problems for years.

Moore was a pioneer in several respects, none more important than being the first African- American reporter at the Philadelphia Inquirer. Later he would have a widely read and influential column that was an inspiration for a number of aspiring Black journalists.

As investigative reporter for the Inquirer, Moore won a Pulitzer Prize in 1977 for his article about inmates at Fairview State Hospital, an institution for the criminally insane. He retired from the paper in 2005.

One of his mentees was Sarah Glover, the current president of the NABJ. In a statement she said, “I’m heartbroken by the passing of my longtime mentor and friend, Acel Moore. He was a counselor and impacted the careers of hundreds of NABJ members. Moore left us a wonderful legacy as a humanitarian, truth seeker, fighter for equal opportunity and trailblazer who opened doors for countless journalists, especially those of color. We will honor his memory by continuing the fight for diversity in all newsrooms now more than ever.”

The loss of Feeney and Moore left two gaping holes to fill, but it was good news to learn that Simeon Booker, at 97, was the recent recipient of the George Polk Career Award for his long tenure at Jet magazine, including his coverage of the Civil Rights Movement. He gained national attention for his presence at the trials of the two white men accused of killing Emmett Till in Money, Miss. in 1955.

He convinced Till’s mother to allow his photographer, David Jackson, to take a picture of Till’s face and head, which were battered beyond recognition. That photo shocked the nation, and Till’s death became a catalyst to the Civil Rights Movement.