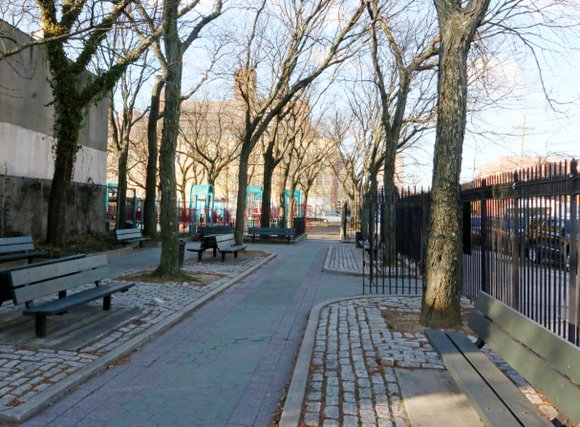 (CNN) -- Charges have been dropped against five teenagers connected with a woman's alleged gang rape at gunpoint in a Brooklyn playground, Brooklyn District Attorney Ken Thompson announced on Wednesday.

He cited a "lack of reliable evidence" and said the woman and her father had "provided multiple inconsistent accounts."

The alleged attack took place last month at Osborn Playground. Police have said the 18-year-old woman was with her father when they were approached by five young men.

One of the teenagers pulled a gun and demanded the father leave, police have said. Each of the five alleged assailants were then said to have raped the woman.

"That night, this young woman's father and the five young men engaged in conduct that was reprehensible and wrong, but because of the lack of reliable evidence, criminal charges simply cannot be sustained," Thompson said in a statement.

He said the woman "recanted her allegations of forcible sexual assault and the existence of a gun, and she does not wish to pursue criminal charges against any of the defendants."

"She also refuses to cooperate with any prosecution against her father, who was engaging in sexual conduct with her," Thompson said.