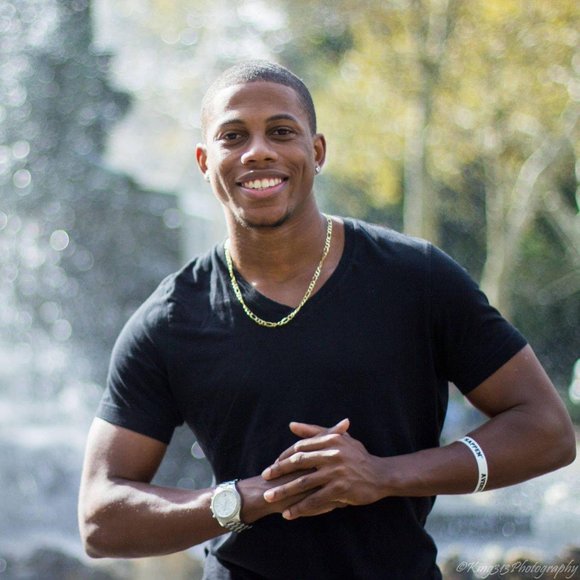 “As a culture, we have no ownership. That’s a real big issue in my mind, and what I’m doing is going to help change that. I want to be that force that’s able to change things in not only the community but the world,” says Joshua Walker.

Growing up in Bed-Stuy, Walker knew he wanted more than what his neighborhood had to offer. He combined his passion for business and music and founded his own music management group that also works as a nonprofit organization, Avenue Music Group.

Raised by his mom and grandmother, Walker, like many other kids, played sports and video games with friends. His sudden love for business started around junior high school, where he would sell packs of gum to his classmates. In high school he sold boxes of candy so well that he was able to pay for his senior trip and dues and even had some left over to help out a few friends. The thrill of setting up a game plan and executing it just from selling candy only got Walker more interested in business. 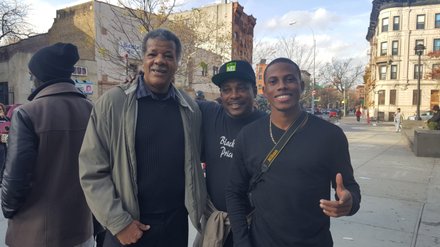 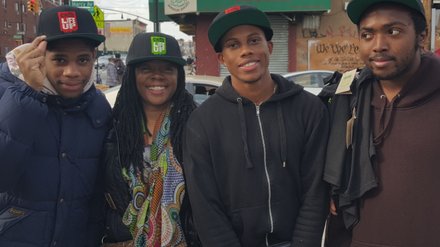 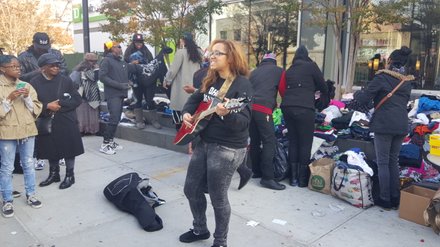 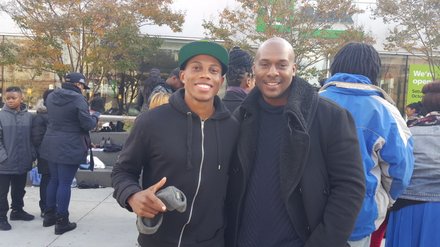 Walker, 23, always loved music. Despite not being a musician, it was still very much a part of his life. “Growing up, music was like that drug that takes you out of reality,” he said. He loved how it would put him in a different mindset.

The decision to start his own business came after losing his first official and only job. “I hated the feeling that I’m about to lose my job or my income because of somebody else,” he said. He realized that working for other people wasn’t something he could do.

Getting into music management was an idea always in the back of Walker’s mind. While in school he started doing research, reading books and watching videos about the music industry. He had a friend who worked in the music industry who would also give him advice. He eventually dropped out his junior year at Brooklyn College to pursue his dream.

The name Avenue Music Group came to Walker one day in a pizza shop. He knew that music management was something that he was determined to be a part of, and it was a way to help others reach their dreams as well. “I want to be able to create that path of going from point A to point B, and I want to be able to get you there, hence, avenue,” he said.

Starting a business on your own can be overwhelming. However, for Walker, he did not have any fears stepping in to such a big job. In the beginning stages of his business Walker didn’t receive the support from his family that he was hoping for. He talked about the traditional views of society his mother and grandmother had. They urged him to finish school, get a degree and start a career. Later, realizing his passion for his work, they now support him at his showcases and events.

Split between two branches, AMG not only manages artists but also is heavily involved in community outreach. AMG Educational Renaissance focuses on putting on charitable events for the community and offering mentorship to students around New York City.

The start of AMG Educational Renaissance came from a random event Walker and a few artists did at Richmond Hill Library. Impressed with Walker’s attention to the youth, library officials reached out to him because they were looking to do something different with the neighborhood kids.

“From working there I just started to see it more and more that these kids don’t have any programs that are keeping them interested in school or in the arts,” said Walker. “That’s negatively impacting them as people but also negatively impacting the community because if they don’t have anything interesting there, they are going to turn to what’s around them, which is guns, violence, gangs and stuff like that. We need to change this.”

On why artists want to work with him, Walker said, “They’ve seen things I’ve done in the past, they see my drive, I’m a real humble dude.”

Asked if his job ever becomes overwhelming, Walker reflected, “That happens everyday. It’s a 24-hour job. Being an entrepreneur, there’s literally no days off. No matter what day it is, there’s always something to be done, and I like it because I hate idle time.”

Focusing on junior high school and high school students, Walker believes that these students are at the ages where “they make big decisions that are going to affect the rest of their lives.”

Last November, AMG Educational Renaissance held a Thanksgiving giveaway in which they offered food, clothes and toys and played music for passers-by on Fulton Street in Bed-Stuy. The event came together in two weeks with Walker reaching out to get support from so many other organizations. Many believed the event wasn’t a good idea because so little time was involved in the planning process. However, the turnout was more than expected, and the event was an overall great experience.

“Adding some type of community giveback aspect makes people want to support you more. You can’t go wrong with that,” said Walker. “I like things done with effort, I like to give people 100 percent.”

Currently working on a Flint, Mich., water drive, AMG is collaborating with another organizations with whom they set up five different water drop-offs around the city. They’re going into more schools and setting up programs to work with more teens across Bed-Stuy. As for the rest of 2016, Walker wants to bring rapper J. Cole to Brooklyn this summer. He’s on a mission to do an Essence type festival at Barclays Center in Brooklyn based on a positive movement.

Walker has big plans for AMG. In the next five years he wants AMG Educational Renaissance’s programs and workshops to be inside of more schools throughout the city and stretching out into the tristate area. He wants his artists to start touring and establishing a strong fan base. As for his advice on making things happen, “Get up, get out and do what you have to do,” he says.

To find out more about AMG and Educational Renaissance and their upcoming events, visit amger.org.