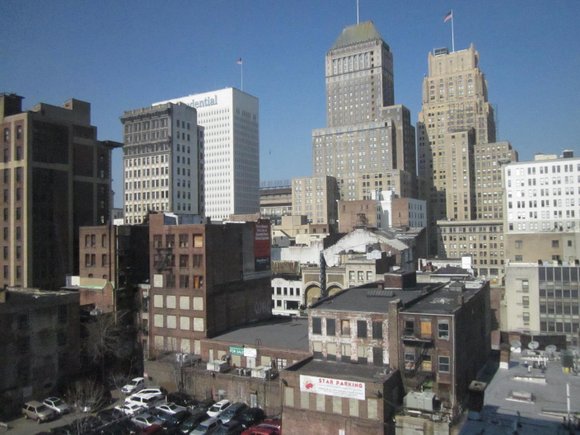 The rally took place at the Peter Rodino Federal Building in Newark Monday night and marks the fourth straight Monday since organizers began their campaign on Feb. 1 and the 50th anniversary of the launching of the historic Sit-in Movement.

“We do not have to go to New York or to Ferguson or to Chicago or to Cleveland to protest police brutality” said POP Chairman Larry Hamm. “We have our own share right here in New Jersey.”

Thursday, Feb. 25, veteran Ron Daniels of the Institute of the Black World will be the guest speaker at the POP general assembly meeting.

Daniels will address important coalition building in anticipation of the Institute of the Black World’s national conference, to be held in Newark for the first time in November.