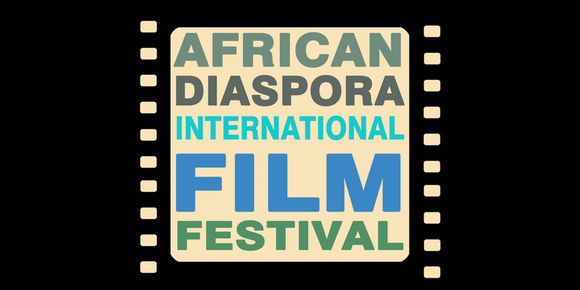 From Feb, 26 to 28, 2016, the African Diaspora International Film Festival will celebrate Black History Month from an international perspective in the spirit of the International Decade for People of African Descent (2015–2024).

“Black History Month is today celebrated in the USA, the UK, Canada and Germany,” explains Dr. Reinaldo B. Spech, co-director of ADIFF. “So, this is a global celebration!”

The opening program of ADIFF’s Celebrating Black History Month will feature three short and medium length films: “Sons of Benkos” by Lucas Silva, which shows the evolution of Afro-Colombian music over generations while exploring the presence of African culture in Colombia; “Josephine Baker: Black Diva in a White Man’s World” by Annette von Wangenheim, a tender, revealing documentary about one of the most famous and popular performing artists of the 20th century; and “Ancestral Land” by Mary Ferreira, about the Gullah Geechee peoples, descendants of African slaves in South Carolina and Georgia, and the struggle they are facing to hold on to their land and culture.The screenings will be followed by a panel discussion with Martina Donlon, U.N. representative of the International Decade for People of African Descent, Ferreira and Spech. This free program will end with a reception.

Saturday, Feb. 27, ADIFF will spotlight the history of the Caribbean with a special focus on Haiti and Jamaica. “Jacques Roumain: Passion for a Country” by Arnold Antonin is an exploration of Haitian society of the late 19th and early 20th centuries that focuses on the tormented life of one of Haiti’s most important authors and prominent political figures, Jacques Roumain.The two-part historic drama “Toussaint Louverture” by Philippe Niang is a portrait of the man who used his military genius and political acumen to lead the first successful slave uprising that led to the independence of Haiti.

Filmed over a decade in Jamaica and the UK, “The Price of Memory” follows a group of Rastafari who petitioned Queen Elizabeth II for slavery reparations on her last visit to Jamaica, and the lawsuit that followed. Director Karen Marks Mafundikwa will be available for a Q&A after the screening. “Time and Judgment” by Menelik Shabazz narrates the tribulations and successes of people of African descent in and out of Africa and offers an overview and a critical political analysis of 400 years of the Black Liberation Movement.

Two films Sunday will focus on the African-American experience: the award winning documentary “Black Panthers: Vanguard of the Revolution” by Stanley Nelson and “Invisible Heroes: African-Americans in the Spanish Civil War” by Alfonso Domingo and Jordi Torrent, a revealing documentary about African-Americans who joined the heroic struggle in defense of the Spanish Republic to fight against racism and for civil rights denied to them in their own country.There will be a Q&A with Jordi Torrent after the screening.

ADIFF will also present a special fundraiser screening of “Refugee: The Eritrean Exodus” by Chris Cotter, about the plight of Eritrean refugees and their migration path through Ethiopia and into Israel. Ticket sales proceeds from this event, which will also include a panel discussion and reception, will be donated to local NGOs working with the refugees.

The African Diaspora International Film Festival is a 501(c)(3) not for profit organization. Support for ADIFF comes from ArtMattan Productions; the Office of the Vice President for Diversity and Community Affairs, Teachers College, Columbia University; the New York City Council in the Arts; WBAI; and public funds from the New York State Council on the Arts, a state agency.