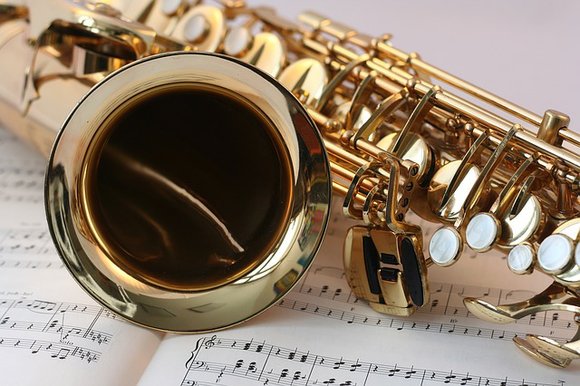 Rome Neal’s homemade banana puddin’ has become a staple in the jazz community just as soul food is the staple of Sylvia’s Restaurant. His presentation of live jazz and delicious banana puddin’ will bring in the New Year Jan. 9 as he presents “A Max Roach Birthday/Tribute” at the Nuyorican Poets Cafe (236 E. Third St.) on Manhattan’s Lower East Side at 9:30 p.m.

The celebration of the genius bebop drummer and activist will mark Roach’s 92nd birthday, which is really the following day (Jan. 10, 1924). As part of the celebration, Neal will present “The Gospel According to Max Roach,” a one-man performance featuring the drummer Jerome Jennings portraying Roach in this premiere reading written by Laurence Holder.

Holder and Neal formerly teamed up for Neal’s one-man performance of “Monk,” which earned the duo an AUDELCO Award and critical acclaim in both the Black theater and jazz community. Jennings’ bio states, “You cannot hear him and not feel the intensity behind his playing.” This quotation also described Roach’s vigorous approach to his playing that inspired Jennings at an early age.

Jennings is a first-call drummer (having enjoyed stints with Sonny Rollins, Christian McBride and Rufus Reid) when not leading his own band. He has that magical soft touch that spurs dates with such vocalists as Paula West, Ernestine Anderson, and Allan Harris. he toured Moscow with the trumpeter and former Jazz Messenger Valery Ponomarev. He has toured Japan with the legendary pianist Hank Jones and bassist David Finck, and in 2006 he made the trip with another great pianist, Ronnie Mathews.

Dayramir formed this group in 2004 and has been touring internationally since its inception. The celebrated Cuban pianist Chucho Valdes is his mentor. He is a member of the young generation of Afro-Cuban jazz pianists, along with Aruan Ortiz, Axel Tosca and Elio Villafranca, who are forging their own path here in the States and abroad. His standing trio includes the bassist Alex Apolo Ayala and the drummer Willy Rodriguez. Sets are $15 and $10 for members. Call 646-494-3625 or email info@jazzgallery.org.

The international jazz community will converge on New York City for two days for the Jazz Connect Conference Jan. 14 and 15 at Saint Peter’s Church (54th Street on Lexington Avenue). The program includes over 20 panels and workshops. Panelists will include artists such as Christian McBride, Randy Brecker, Mike Stern, Marc Cary and Maria Schneider, as well as industry professionals such as Willard Jenkins, Gail Boyd, Brad Stone, Scott Southard, Ashley Kahn and Howard Mandel.

The singer-radio host-actress-bandleader Dee Dee Bridgewater will give the keynote address at the conference. Over the course of a career spanning a few decades, Bridgewater has evolved into an ambassador of jazz with the United Nations as well as the Thelonious Monk Institute.

In addition, there will be numerous special events. Friday afternoon, the New York Chapter of the Recording Academy is sponsoring a screening of the film documentary “Jaco,” which focuses on the life of the renowned bassist Jaco Pastorius and features commentary from Sting, Herbie Hancock, Wayne Shorter and Joni Mitchell.

The much-discussed biopic on Miles Davis by Don Cheadle, “Miles Ahead,” is the subject of a session hosted by Ashley Kahn. The panel will show clips from the movie and talk about how the music was created for the film. Panelists will include artists Robert Glasper and Keyon Harrold, music supervisor Ed Gerrard and, representing the Miles Davis estate, Vince Wilburn.

The Royal Norwegian Consulate General is presenting a panel on jazz in Norway and will also host a performance by guitarist Lage Lund and a “wrap party” to close out the conference Friday.

For more complete schedule and registration, visit www.jazz-connect.com or call 617-315-9158.