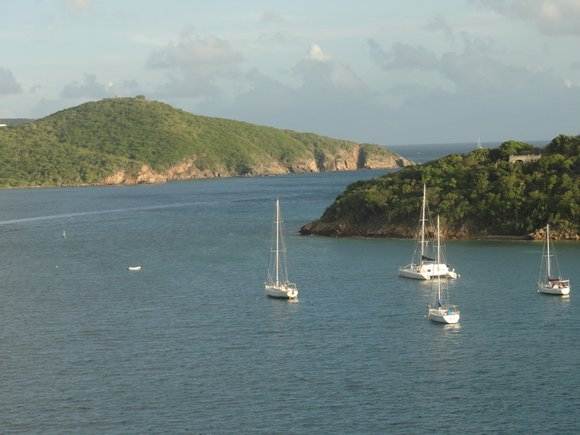 Views like this in St. Thomas are among the delights waiting for families year-round when vacationing in the U.S. Virgin Islands.

The agreements that nearly 200 countries signed in Paris to mitigate the effects of climate change last month have been well publicized, but the 15 members of the bloc of Caribbean Community countries are taking some of the credit regarding limiting increases in global temperatures to acceptable levels.

For more than a decade, this tiny group of countries, from Suriname on mainland South America to islands in the north such as the Bahamas to Belize in Central America, have been staging a strong lobby against Western industrialized nations to ensure global temperatures do not increase by more than two degrees Celsius.

For people such as Barbados Prime Minister Freundel Stuart, the campaign was a whopping success, as negotiations acknowledged the cry of the region and ensured that it made the text of the final agreement, even though it was widely acknowledged that achieving this would be an uphill task. The region fears that warmer temperatures will lead to a serious meltdown of glaciers in the north and a consequential rise in sea levels that could ultimately consume key parts of most of the islands and low lying mainland coastal states such as Guyana, Suriname and Belize.

Regional and global scientists have also been pointing to the fact that many coral reefs in the Caribbean are beginning to either die or are suffering from severe bleaching from warmer ocean temperatures. Reefs are a haven for marine life and a major attraction for many of the more than 20 million tourists who flock to the Caribbean each year.

“We believe that the actions and investment approved in the agreement will bring us closer to the goal of maintaining global average temperature rise well below two degrees Celsius and along a clear trajectory downwards towards 1.5 degrees above pre-industrial levels,” Stuart told regional media in the past week.

The region had made the 1.5 degree campaign its central negotiating issue and the one of major concern to the grouping, dubbing it “the “1.5 to Stay Alive Campaign.”

Leaders hired regional artists to promote the campaign, which they now think has gained enough traction and will form the basis of climate change thought and negotiations going forward.

“Caricom’s interests were strongly represented in a focused and coordinated manner by heads of government, ministers, the secretary-general and his staff and a team of experienced and skilled negotiators. We are satisfied that our strong advocacy helped to ensure that the final agreement reflected the region’s position on our major red-line issues,” Stuart said.

Caribbean experts such as Jeff Spooner and Clifford Mahlung are quick to point to changing weather patterns in the region, including a current prolonged drought, as proof that temperature level rises should be limited in the interest of all mankind.

“We have seen not only Jamaica but a number of our Caribbean counterpart countries being impacted severely by droughts. So these are footprints of climate change, and it is really sending the wake-up call to us to start to put things in place and to ensure that at the negotiation table things are articulated by each country in the best way we can,” he said.