The drive to make a difference 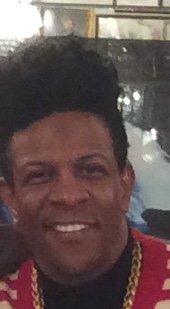 Born and raised in Harlem, N.Y, Bishop Lawrence E. Edgerton Sr. can relate to hardship and strives every day to make someone else’s life better.

“As a youngster raised in Harlem, my mother was unfortunate,” stated Edgerton. “She was in a time of struggle, and I remember her putting us on line to receive a toy and how happy I was. I never knew I would be in a position one day to be authorized by God above to do the same thing. Some kids on the line may become presidents, lawyers, doctors, so it’s always good when you can encourage someone less fortunate than you.”

Edgerton endured tragedy at age 17, when he lost both parents and became homeless. Having no income and no family, he found refuge in the church.

On returning to New York City, he became an assistant minister at Metropolitan Community United Church in Harlem and served from 1981 to 1982.

He was employed by the New York City Bureau of Child Welfare for 10 years. He retired from the New York City Department of Education after 25 years of service to devote himself full time to his pastoral obligations. Edgerton was installed as the 12th pastor of Chambers Memorial Baptist Church in November 1991.

Approximately 500 people stood in line in the rain for items that would make their children’s Christmas memorable. Each child, up to 12 years of age, received one of the toys that were donated by members of the church. Sneakers and coats were also handed out to those in need. Each toy was handpicked for each child, and then wrapped and personally tagged with the child’s name.

“We tried to develop a system where they show the birth certificate of the child, and then they come back with the child so the child can experience the Christmas spirit,” stated Edgerton. “Once the family enters, we have a Christmas tree, where they can take pictures, cookies, candy and face painting for the children. My main motivation is to enhance families. I have been in their shoes, so to make a child’s Christmas special is gratifying.”

Edgerton and his congregation also provide food annually to people in the community.

For more information on their food pantry and to register for the next toy drive, visit the church or contact Edgerton at Revedgerton@aol.com.