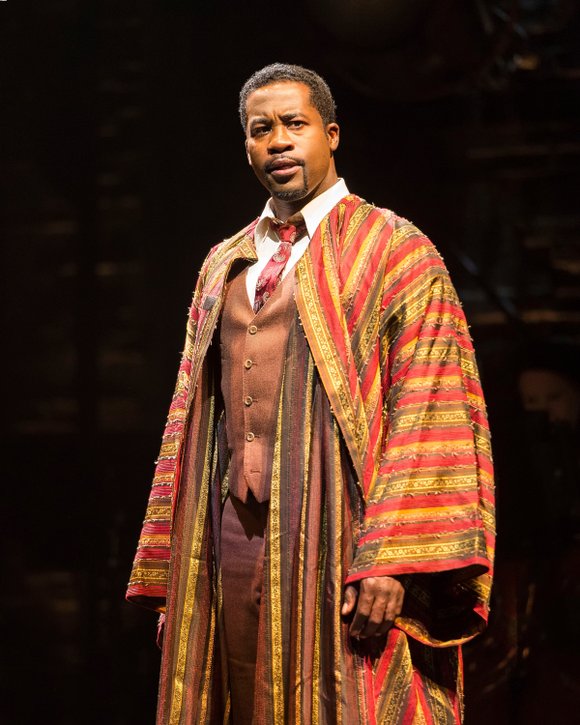 If you are looking for a history lesson delivered through rap and hip-hop, you can still see “Hamilton” on Broadway at the Richard Rodgers Theatre. This musical production has book, music and lyrics by and stars Lin-Manuel Miranda. He tells the story of Alexander Hamilton. The cast is superb and features many Black performers, including Renee Elise Goldsberry, Leslie Odom Jr., Christopher Jackson, Daveed Diggs and Okieriete Onaodowan. “Hamilton” makes learning history catchy and fun. It’s a marvelous means to showcase the multiple talents of the cast, which also includes Phillipa Soo and Jonathan Groff.

In 2015 Black theater was alive and well, whether it was the focus of the Black Theatre Network’s annual conference held in Winston Salem, N.C. or it was the focus at the National Black Theatre Festival in the same location. The Black Theatre Network had discussions about the state of Black theatre. There were readings of original scripts and numerous theatre-connected workshops. This year I was honored to participate in the conference. I was asked to conduct a theatre-critic workshop. It was a joy to do, and being around people who love and enjoy plays as much as I do was heavenly. And of course, the National Black Theatre Festival was a mecca for Black theatre lovers. It had multiple productions from other states and international companies. There were also play readings, theatre workshops and an award ceremony to honor those in Black theatre. Grace Jones, president of AUDELCO was honored for all her work with this phenomenal organization that acknowledges excellence in Black theatre. Attending these events was a huge highlight in my year.

Broadway struck gold twice. James Earl Jones is back and thriving again. But he’s not alone. He’s joined by Tony award winner Cicely Tyson as they star in D.L. Coburn’s “The Gin Game,” playing at Broadway’s Golden Theatre. The production shares the mediocrity and sadness that the elderly endure. Jones and Tyson deliver these characters as feisty and funny and play off each other so easily. This play is one you should make plans to see in 2016.