First major snowstorm of the season blows through city 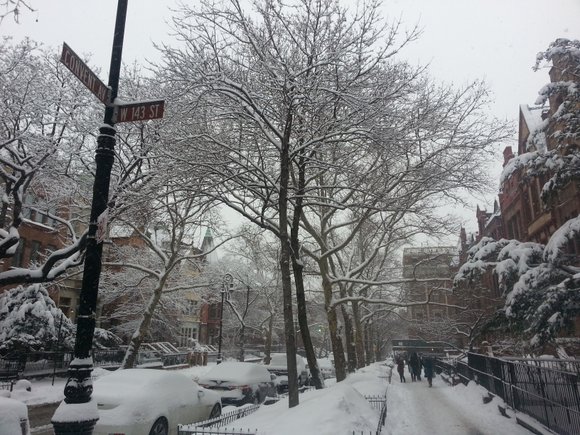 After what many called a mild winter, New York City is experiences its first major snowstorm of the season this weekend.

Snow tapered of late Saturday night leaving up to two feet of snow in many areas across the city. The National Weather Service declared Saturday's blizzard the second largest in the city's history.

Roads remain hazardous due to ice. During a press conference, Mayor Bill de Blasio urged New Yorkers to stay in during and after the storm and to use mass transit if they have to go out.

"While the storm is over, there is still work to be done. We urge all New Yorkers not to travel on our roads except when necessary, and to be extremely careful when driving. Our tireless sanitation workers are out in full force and we must give them space to clear the roads. If you go outside, use caution and stay alert for ice and cold temperatures," said Bill de Blasio.

Sanitation workers have been assigned to two 12-hour shifts, which started Friday at 7 a.m., with 2,400 workers per shift.

“The men and women of the Department of Sanitation are ready to keep New York City’s 6,000 miles of roads open during the coming storm,” said Sanitation Commissioner Kathryn Garcia. “New York’s Strongest are loading our our salt spreaders, attaching plows to our heavy duty trucks and will be pre-deployed around the city to assure a quick response to whatever this storm brings.”

The city’s three major airports continue to have issues. Passengers should check with their carrier for information on their flight.