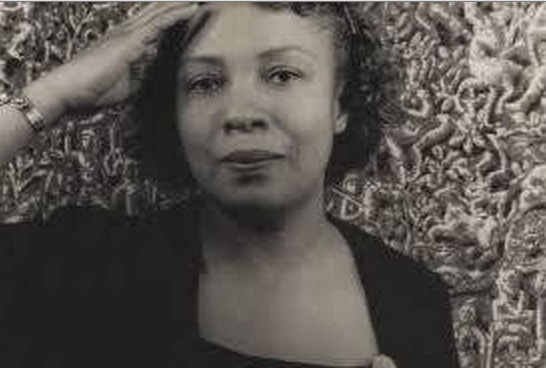 During the recent groundbreaking ceremony at the Schomburg Center as part of the $22 million renovation project, Jean Blackwell Hutson’s name was invoked by several of the notables at the event. Her name is often cited by anyone recounting the Schomburg’s history given the significant role she played in the institution’s formative years. She was an extraordinary librarian, curator and guardian of the culture whose name is inextricably connected with the Schomburg.

Hutson was born in 1914 in Sommerfield, Fla. Her father, Paul O. Blackwell, was a farmer and her mother, Sarah Myers Blackwell, was an elementary school teacher. She was 4 when she moved to Baltimore with her mother while her father continued to commute back and forth to Florida in order to run his business.

As a child she met the poet Langston Hughes, who was a student then at Lincoln University in Oxford, Pa. From this fortuitous moment, a friendship was formed that would last throughout their lives. Hughes made it possible for her to meet all the major artists of the Harlem Renaissance when she arrived in New York City.

She was 15, she graduated as valedictorian from her class at Douglass High School in Baltimore. After a brief stint at the University of Michigan, she transferred to Barnard College in Manhattan and earned her B.A. degree in 1935. She was the second African-American to graduate from the school, following the illustrious Zora Neale Hurston. A year later she received her master’s degree in library science from Columbia University.

It was not too long afterwards that she began working in the New York City library system, particularly in the Bronx, where she began providing Spanish books for the large population of Spanish speakers in the borough. In 1939, she married Andy Razaf, the famous songwriter who often provided lyrics for the melodies of Fats Waller, but the marriage ended in 1947. Three years later, she married John Hutson, who worked with her at the Countee Cullen branch library. He died in 1957.

Hutson’s great career at the Schomburg began in 1948. “I was drafted for six months to keep the Negroes quiet,” she told a reporter, playing down her commanding expertise. “People who grew up in the Depression didn’t throw away jobs, so I came.” She came, saw, and ultimately conquered, thanks to a community aroused by the civil rights movement and later the struggle for Black liberation.

She was fortunate to come along at a time perfectly suited for her no nonsense disposition, as many who frequented the library when she was in charge recalled. With the winds of political change blowing across Africa and the African Diaspora, she took advantage of the pressure being applied to the powers that be to enhance the already considerable collection sold to the library in almost 20 years before by Arturo Alphonso Schomburg for $10,000.

Among her several innovations and publications was the Dictionary Catalogue of the Schomburg Collection, an endeavor assisted by her colleague Ernest Kaiser. Her work was so phenomenal that it gained international attention, prompting Kwame Nkrumah, the president of Ghana, to request her presence to help develop the Africana collection at the University of Ghana. She lived there throughout 1964, when there was a large contingent of African-Americans living in Accra, the nation’s capital, including Maya Angelou and Shirley Graham Du Bois.