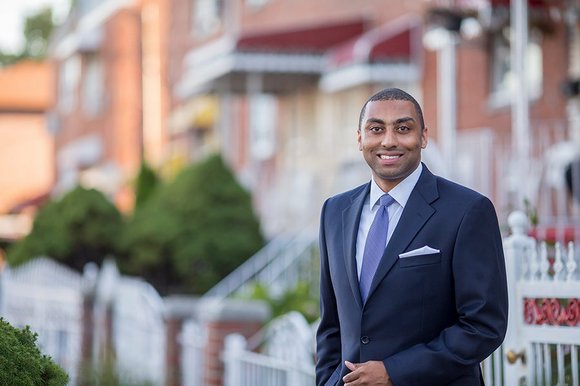 “To receive the endorsement of District Council 37 is such a great honor,” said Bailey in a statement. “The members are dedicated and hardworking, and I look forward to working with DC37 on issues that are important to the community, such as protecting the men and women of labor, addressing income inequality, fighting [for] social justice and fighting for a better future for our children.”

DC 37 Executive Henry Garrido said that Bailey would “bring fresh perspectives” to the state at a time when both the Senate and Assembly need new perspectives. He referred to Bailey as a “smart, energetic young leader” who has played an important role in his community.

“He shares our union’s values of social and economic justice for all, and the belief that government can and should be a force that transforms lives and communities for the better,” said Garrido in a statement. “DC 37 volunteers will be on the phones and on the streets to ensure that Jamaal is representing the northwest Bronx in Albany in 2017.”

The Bronx-raised lawyer excelled at the Bronx High School of Science, attended SUNY-Albany and earned his law degree at the CUNY School of Law. He interned with the New York State Assembly, which led to his participation in local politics and his election as a district leader.

This latest endorsement follows a string of endorsements for Bailey from unions, including the New York State Nurses Association, 1199SEIU and 32BJ.