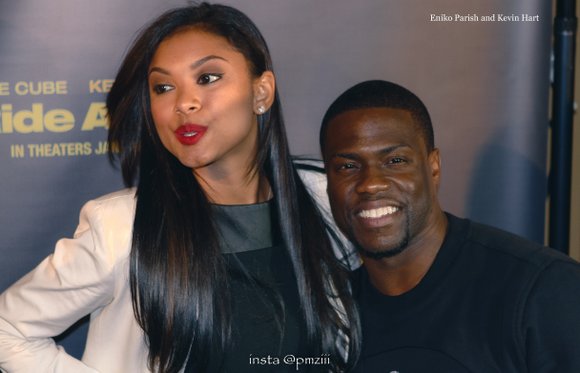 Forget all of those rumors about the producers of “Love & Hip Hop: Atlanta” putting the entire cast out to pasture and replacing them with bigger names in the rap game. Yours truly caught up with Stevie J at Oprah Winfrey’s marvelous cocktail salute to her upcoming drama “Queen Sugar,” in New Orleans, and asked him if the stories were true. Stevie said, “We ain’t going anywhere. Mona’s here.” He was referring to LHH creator/executive producer Mona Scott. Oprah, who made her debut appearance at the 22nd annual Essence Music Festival over the July 4 weekend, raved about “Queen Sugar” creator/director Ava DuVernay to an A-list crowd at the Legacy Kitchen that included Gayle King, Soledad O’Brien, Tina Knowles Lawson and her husband, actor Richard Lawson, Lynn Whitfield, Roland Martin sporting a white suit, Kandi Burruss and Todd Tucker, along with the stars of “Queen Sugar,” Rutina Wesley, Tina Lifford, Omar Dorsey and Kofi Siriboe. The special screening of the magnificent TV show was held the previous night with DuVernay and the cast doing a Q&A for an audience that included Common, Janelle Monae and Omari Hardwick.

People are saying that Saturday, July 9, “Classic Flavors” all-white celebration, will be the “party of the year.” The soiree boasts a star-studded list of artists such as Jeff Redd, Will Traxx and Taana Gardner singing her unforgettable hit, “Heartbeat,” along with special spins from DJ Chuck Chill-Out, just to name a few. The much talked about event will be held at Sweet 36 and will be hosted by NYC’s top party promoter extraordinaire, Wayne Maxwell, who is the on-air cohost for the “Classic Flavors” radio show, in addition to his promotions work and event producing.

According to Variety, Tyrese Gibson is the latest actor returning to the “Transformers” franchise. Gibson will be reprising his role as Air Force Chief Master Sergeant Robert Epps in “Transformers: The Last Knight.” The actor/singer announced the news on Instagram, where he posted several photos with director Michael Bay. Production is already underway in Cuba for “Transformers: The Last Knight,” which hits theaters June 23, 2017. Gibson appeared in the first three “Transformers” films, but skipped the last installment, 2014’s “Age of Extinctions.”

Kevin Hart is looking to sign fresh comedy talent at this summer’s Just for Laughs festival in Canada for his video-on-demand channel set to launch next year, reports Variety. The channel is a joint venture between the comedian/actor/producer and Lionsgate. Hart’s Laugh Out Loud Network Pitch Panel will take place Thursday, July 28 at the Hyatt Regency Montreal Hotel, in a one-hour session kicking off the Just for Laughs Comedy PRO, the four-day comedy conference that runs parallel to the main festival.