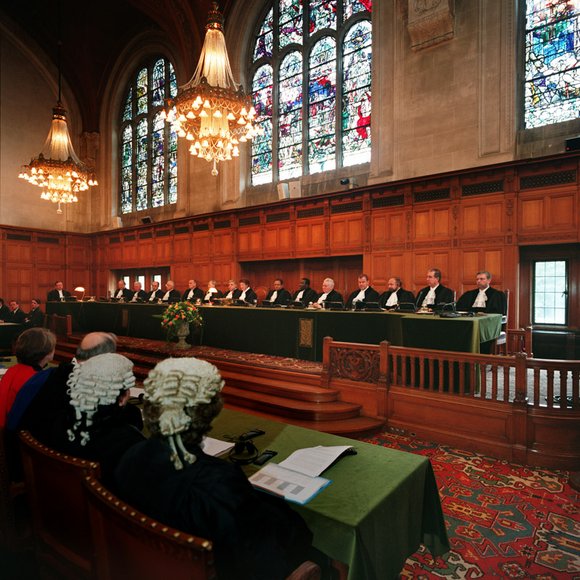 Tired of being bullied by larger and more powerful neighbors, two of the Caribbean Community’s largest member states with border disputes have decided to approach the World Court for final rulings, hoping that a win would end decades of political uncertainty.

The governments of Guyana and Belize last week asked for and won support from others in the 15-nation bloc to approach the International Court of Justice in the Netherlands, because constant bickering over territory with Venezuela and Guatemala, respectively, is affecting their development.

The leaders met in Guyana last week and affirmed their support for current borders. Leaders said the conference devoted a significant amount of time listening to presentations from the Guyana and Belize delegations on the latest developments on their frontiers, including small-scale military activities.

A stand-alone document, separate and apart from the final communique the bloc issued, showed that leaders want a final resolution.

On Guyana and Venezuela, the document noted that the group of nations have “their full confidence in the secretary general of the United Nations to exercise urgently his authority under the 1966 Geneva Agreement for a choice of options that would bring the controversy to a definitive and judicial conclusion that would be beneficial not only to Guyana but the Caribbean Community as a whole.”

Guyana has already asked Secretary-General Ban Ki-moon to refer the matter to the ICJ before he leaves office at the end of the year. President David Granger told reporters that all indications are that the case “will be referred to the ICJ for final settlement.”

Meanwhile, Belizean Foreign Minister Wilfred Erlington said Guatemala has already agreed to take the matter to the World Court and is now preparing for a referendum that would pave the way for this action. Belize is doing likewise.

Erlington said, “We are hoping to take the matter to the ICJ for resolution. The cabinet of Belize has already taken a decision. In order for that to happen, we have to hold referendums in both Belize and Guatemala, but the steps to do so are staking some time.”

He said both countries have to amend laws to allow for the referendums, but in the case of Belize the threshold for approval has to be lowered from 60 to 50 percent “as is normal for elections.”

The two have also agreed to abandon a previous plan to hold simultaneous referendums and will now move to cause “it to be done at different times, at the convenience of both countries.”

“We are talking with them but no territory will revert to them as it was never theirs,” Erlington said.