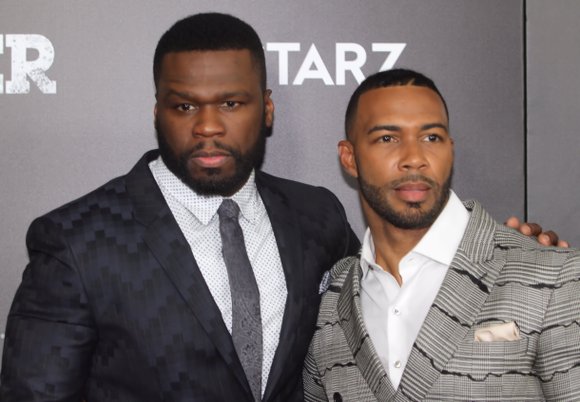 Summer 2016 is shaping up to be eventful for the apparition. Some would point to Hollywood, with its reboot of a quartet determined to rid and bust wayward spirits as the ringleader of the movement. They’d be wrong.

The date circled on many a calendars is finally here, come Sunday July 17 at 9 p.m., when “Power” starts its third season. New season, new night. So like the NFL season, Sunday’s are on lock! Well, at least for an hour for the 10-show season.

For those unfamiliar with the show, it’s executive produced by Curtis “50 Cent” Jackson and created by Courtney A. Kemp (“The Good Wife”) and tells the tale of a young entrepreneur, James St. Patrick (Omari Hardwick), attempting to maneuver through a sea of sharks and piranhas to become a player and stayer to the world of opulence. His vehicle to that point: nightclubs. In his climb, he encounters obstacles in his personal life that render him alone in a world he’s virtually set to be his. Nahh. That’s not quite right.

The show has some of those elements, but it’s about Ghost, almost in its truest definition: the soul of a dead person, a disembodied spirit imagined, usually as a vague, shadowy or evanescent form, wandering among or haunting living persons. That’s truly akin to the life in the drug game and the name Ghost is the personal demon that serves as the alter ego to the James St. Patrick character. Since the show’s inception, the character has become an iconic gangsta figure that we as Americans are drawn to.

Hardwick, who presents a dignified, yet ruthless portrayal, says this of his character: “Any human post 20 years of age, understands the concept of trial and tribulation. Ghost is not like the general populous. He’s a higher echelon of thinker; he’s brilliant. He understands that to have gotten as far as he’s gotten without being addicted to the trials and tribulations of being a drug dealer. His fabric is connected so much to it. So I think you can move pieces of the man (Jamie, James) from Ghost, but you can’t ever extrapolate that thing from that guy that walked that path.”

As for similarities between himself and the on-screen persona, he offers this bond they share: “I knew I had a shot for Omari to stuff whatever he had in him to create a character that for the next 20 years can do something that we’ve never seen before. A character that’s philandering, drug dealing and murderous, yet thankful. And the best way for me to pull that off would be as a loving, caring, attentive father. I worked so hard for that layer to be seen.”

Show creator Kemp is quick to reveal that the show offers much more. “Every relationship in ‘Power’ is about power,” she says. “The show’s not called ‘Ghost.’ It’s called ‘Power.’ Every episode is about power. Every scene is about power dynamics.”

That equation, added to the mix of the literal life-and-death high-stakes chances, adds to the realism and mystery of the characters. Can anyone really trust anyone? Kemp offers, “A relationship where people are totally honest with each other is not possible. Even in life it’s not real because people hold back parts of themselves, so they can’t be honest with the person that they’re with. What’s more applicable is there are relationships where the power undercurrents are understood more than others.”