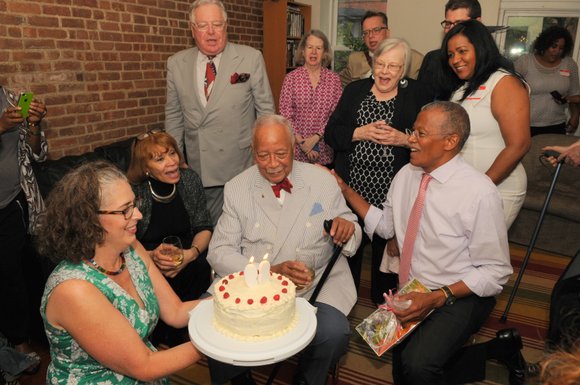 In front of a large crowd that included State Sen. Bill Perkins, Assemblyman Keith Wright and many education and community leaders, former Mayor David Dinkins celebrated his birthday at a fundraiser for Robert Jackson for State Senate at the home of Debbie Meyer and Eric Rosenthal. Dinkins endorsed Jackson, saying, “I don’t know anyone who has done more for education. He has the courage of his convictions and demonstrated it by his walk to Albany. Robert’s advocacy brought New York City’s public schools billions of dollars of funding for programs and services designed to give our children a better chance. He was a strong, hard-working, passionate leader in the City Council, and I have great confidence that he will continue to stand up, speak out and get results for us in Albany.”