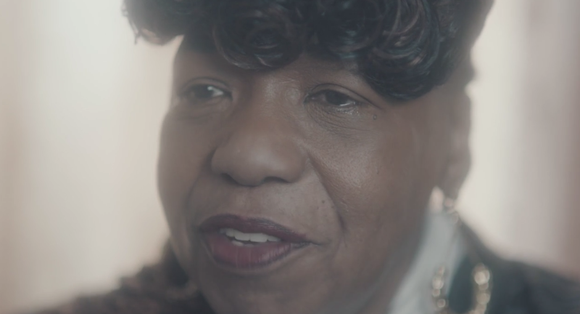 D.C. songwriter and music teacher Alan Scott debuts his new song “You Only See Me When I’m Gone,” a song written and recorded in the wake of incidents in Ferguson and Baltimore and mass shootings in Charleston, S.C. Scott and Mark Williams produced the song and the Lenny Bass-directed video also features Gwen Carr, the mother of Eric Garner.

“As a songwriter, I have always found a way to take my sadness and grief, my joy and hope, and give it a place in the air, in the music,” said Scott of the song. “I felt powerless in the wake of such tragedy, anger and loss. And out of that powerlessness, the words just came. My song is a reaction to the media marginalization of Black identity—which is infinitely diverse, combined with the message to youth that ‘this is what you can expect.’”

"You Only See Me When I’m Gone" by Alan Scott

Scott connected with Lenny Bass—a director who has made videos for De La Soul, Charlie Wilson, Anthony Hamilton, Jill Scott and more—to create a video for the song. The two shot the video, alongside production company Grand Large, over four days in Bass’s native Staten Island.

“From the beginning Alan was adamant about this video humanizing and decriminalizing the Black community,” said Bass. “He wanted to reframe the picture created by all forms of media and their depiction of the black existence. He pointed to the lyric in the song ‘you only see me when I’m gone,’ which made us naturally ask the question, ‘Who were these people when they were alive?’ From there we spoke about portraits that would properly tell the story, a series of images that would properly represent a community that is more than what we see on the five o’clock news.”

Bass, the son of a police officer, returned home and reached out to friends and family everywhere to be featured in the video. One such interaction led him to a childhood friend who was close with the family of Eric Garner, a Staten Island father who was murdered by police in 2014. Garner’s mother, Gwen Carr, was inspired by the song and agreed to appear in the video to discuss her son’s death.