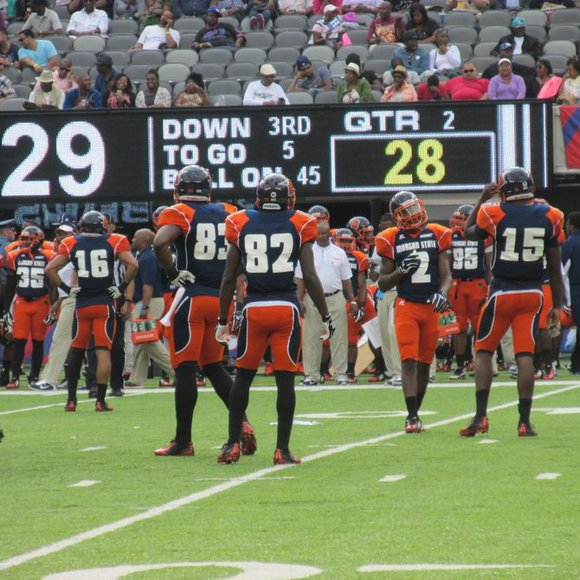 The New York Urban League (NYUL) announced that its annual football classic has been cancelled for 2016.

According to the event's website, financial reasons were the cause of the cancellation. The announcement was made earlier this month. This year's game was scheduled for the fall with Howard University and Morgan State University at MetLife Stadium in East Rutherford, N.J.

The NYUL said the game will return next year.

Here is the full message: 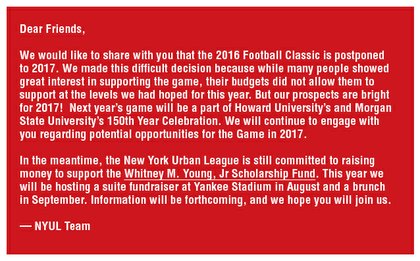 This is the second year in a row the NYUL Football Classic has been cancelled. The event was cancelled in 2015 due to similar reasons.

The NYUL Football Classic was started in 1970 and raises money for the Whitney M. Young Jr. Scholarship Fund. Per NYUL's message, a brunch is being hosted in September and a suite fundraiser at Yankee Stadium in August will raise money.