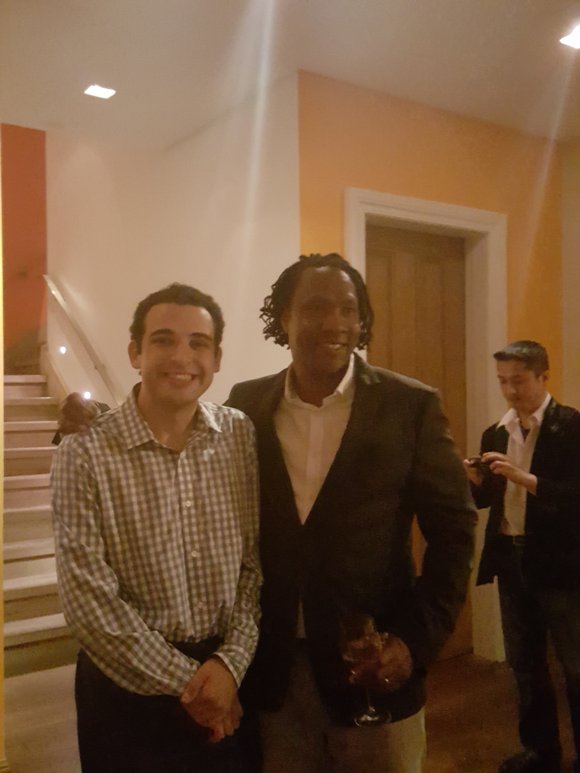 Roger Ross Williams is the first African-American man to win an Oscar in the category of Documentary Shorts, and his new documentary, “Life, Animated,” which explores the life of a truly remarkable young man—Owen Suskind—who, at the the age of 3, began the slow decedent into autism, is exceptional storytelling.

Owen, now 23, learned to communicate by devouring Disney animated movies. Williams deftly interweaves clips from such classics as “The Little Mermaid,” “Aladdin”and “Peter Pan” and a number of others, all of which the charming Owen has committed to memory. Nothing truly prepares you for the power of this film. It’s strongly constructed with firsthand insight on how the power of a child’s imagination can bridge a gap, and it’s honest in how it can’t heal every developmental gap.

Owen’s father, best-selling author Ron Suskind, whose 2014 book about his son’s experiences inspired the film, and his wife, Cornelia, also a journalist, recall their devastation when their son suddenly seemed to “vanish emotionally and cognitively” at the age of 3.

“His sleeping became irregular, he had difficulty walking and his speech became garbled and nonsensical,” said Ron Suskind. Their fears were confirmed by an early diagnosis of pervasive developmental disorder, suggesting that even if Owen recovered the ability to speak, he would effectively be dependent on others for the rest of his life.

Do you believe in magic? In the darkest days it was the family viewing of Disney’s “The Little Mermaid,” when toddler Owen’s insistence on replaying a particular scene, followed by his repeated mutterings of what seemed at first like gibberish, that turned the page. His parents and older brother, Walter, realized that he had memorized some of the movie’s dialogue.

In time it would become clear that Owen used the memorized dialogue to express his feelings after watching and re-watching the Disney catalogues endlessly on video. His parents recall their shock when, in an almost Disney-esque moment, Owen, after a long spell of speechlessness, suddenly articulated a very complex insight by drawing a metaphor to “The Jungle Book” and “Peter Pan,” making them suspect that these beloved cartoon classics just might well help Owen learn to speak, write and read. They were correct.

A special nod to the work of Williams’ cinematographer, Tom Bergmann. Together these filmmakers showed the progression and growth of Owen, which include watching him confronting many of life’s

milestones head-on: attending group sessions with peers, moving into his own apartment, starting a relationship with his first girlfriend and traveling with his parents to France to speak about his experiences at a conference.

At the core is his passion for those old movies and his library that he lovingly maintains (many of the movies still on VHS) and watches frequently. He also created a viewing club and arranged, as a surprise, a screening of “The Lion King” and a visit from “Aladdin” voice actors Jonathan Freeman (Jafar) and Gilbert Gottfried (Iago).

In “Life, Animated” Williams and editor David Teague expertly interweave the clips throughout, suggesting any number of parallels between Owen’s life and the Disney narratives. The quest of the hero is our quest for individual freedom and self-fulfillment.

The movie also highlights the feelings of “never wanting to grow up,” which is at the heart of “Peter Pan,” and when Owen’s mother leaves his alone in his new apartment, he watches “Bambi.”

In a delightful and unexpected bonus, we gain great insight from Owen himself.

At an early age, he began to draw, but not the Disney heroes and heroines. He connected with the side-kicks such as Timon, Pumbaa, Iago, Sebastian and Jiminy Cricket, all of whom he wrote into his own story called “The Land of the Lost Sidekicks.” His hand-drawn personal fiction is brought to life by a team of French animators, keeping the rough-hewn look to visually complement the Disney footage. The result is mesmerizing, and it provides an illuminating window into how Owen sees himself and his place in the world: “no side-kicks left behind.”

“Life, Animated” is filled with wisdom and it’s encouraging. A winning film from start to finish,