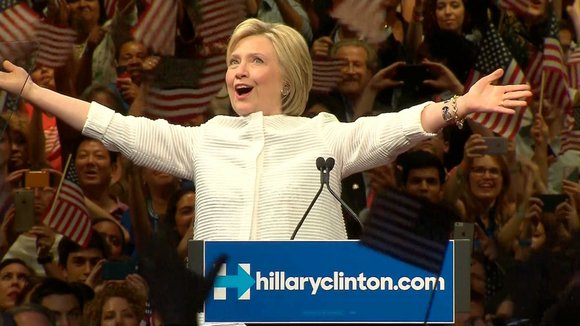 Before this week’s coronation at the Democratic National Convention, the American Federation of Teachers jumped in front to endorse Hillary Clinton for president of the United States.

“Like so many of our members, Hillary Clinton has spent her entire career fighting for children and families,” stated AFT President Randi Weingarten. “Last night, Hillary reiterated her commitment to stand with us. Today, our members made it clear that we stand with her, too. We endorsed Hillary today for the same reasons we endorsed in the Democratic primary,” Weingarten continued. “She is a tested leader who shares our values. Over and over again, our members have seen Hillary demonstrate the compassion, courage and commitment it takes to achieve real-world change.”

The AFT was also the first union to endorse Clinton during the primaries in 2015.

Clinton thanked AFT members at the union’s biennial convention a week before the DNC.

“I want to thank you for being one of the essential partners for everything we need to do to move the country in the right direction,” said Clinton to the 4,000 union delegates in attendance. “I want to say right from the outset that I’m with you. When I’m president, you will have a partner in the White House, and you will always have a seat at the table.”

During the speech, Clinton iterated some of the things she plans to mention during the DNC, such as support for public education, racial justice, health care and the creation of a better economy.

“Hillary Clinton listens, and she follows through. And she keeps her promises,” Weingarten said in a statement. “Our members trust she’ll keep the promise she’s made to Americans, the promise to break down barriers, to raise people’s wages and to keep America safe.”

According to union officials, the AFT will make more than 1 million phone calls and knock on half as many doors to get out the vote for their candidate of choice.