Egypt Ufele, a young fashion designer with a dream 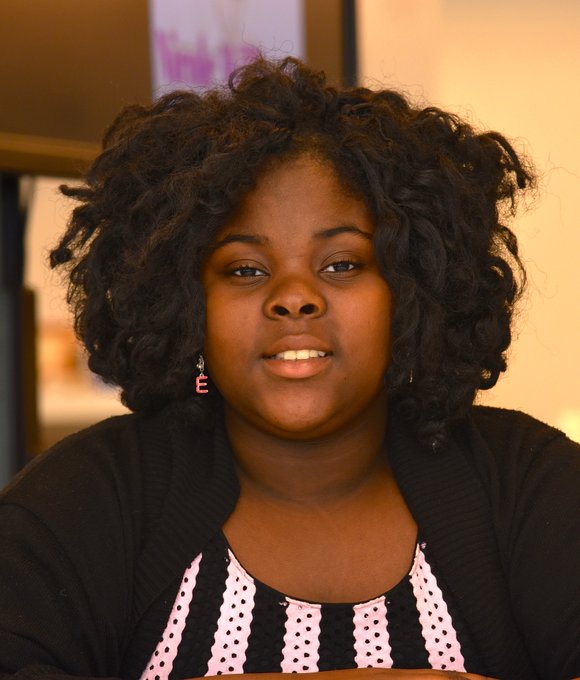 At the age of 10, were you a style icon with a buzzing clothing line featured in New York Fashion Week? For Egypt Ufele, a young girl from Queens, N.Y., the answer to this question is yes.

Now 11-years-old, Ufele, informally known as “Ify,” is making great strides in the fashion world with her clothing line called “ChubiiLine.” For Ufele, after years of being bullied about her

body, designing clothes for her dolls became a way to deal with the negativity.

Her mother, Dr. Reba Perry, talked about Ufele’s early beginnings, explaining that her daughter began sewing clothes at the age of 3.

“She comes out of school, goes straight into homework,” said Perry to NY1. “And when other kids are playing, she’s either cutting patterns or she’s creating new ideas.”

Ufele later progressed to a bigger, more life-sized doll—a human being. Soon, she began producing clothes for women of all shapes and sizes, especially with curvaceous body types. With her clothes, she is teaching women everywhere to love themselves and their bodies. And on Feb. 13, 2016, she debuted her line with the Full Blossom Magazine’s “Face the Sweet” showcase.

“I was bullied, and so I knew that being creative was my comfort zone,” Ufele told the New York Amsterdam News in an interview. “So I took that to my advantage, and created my own line.”

She also addressed her start as an artist and where it has landed her today. “When I created the line, I started doing simple stuff, like regular skirts and tops in all one print, but I know how to make capes,”

she explained. “So you can wear it a party or outside for everyday life.”

She was also inspired by her African heritage and has modeled her clothes after bright, Afrocentric patterns. With her line, her purpose is “bringing Africa to America, one design at a

“I have African origin, because my dad is from Nigeria,” explained Ufele. “So I took that, and I mixed it with an urban twist.”

When asked about any new goals she has for herself, she set the bar high. “I really want to design for Michelle Obama,” she said with a smile. “I’m also trying to build a couture line.”

Though young in age, Ufele is rich in knowledge about fashion. She is the only child designer at NYFW to dress curvy models in an exclusive event at the Holiday Inn in Midtown. Besides creating clothes, she is an activist against bullying and gun violence, and leads the Bullychasers movement to promote awareness. She is also a junior ambassador for Guns Down, Life Up, where she acts as a voice for how young people can get involved.

Ufele also provided advice for girls striving to build a career in fashion. “Always try to tell your parents or someone you think will support you because they might have the right connections, and they’ll help you strive for your goal.”

Reflecting on her experience, Ufele said, “I am very happy how it turned out because I thought it was going to be,‘Oh, I’m just going to design a couple of things,’ but now, when I went on the NY1, it started expanding.”

She has some big plans in the near future. “I’m going to LA Fashion Week. They’re going to fly me out to LA so I can design clothes. And I’m going to be showing my line with Dolce and