One Africa brought music and culture to the Brooklyn stage 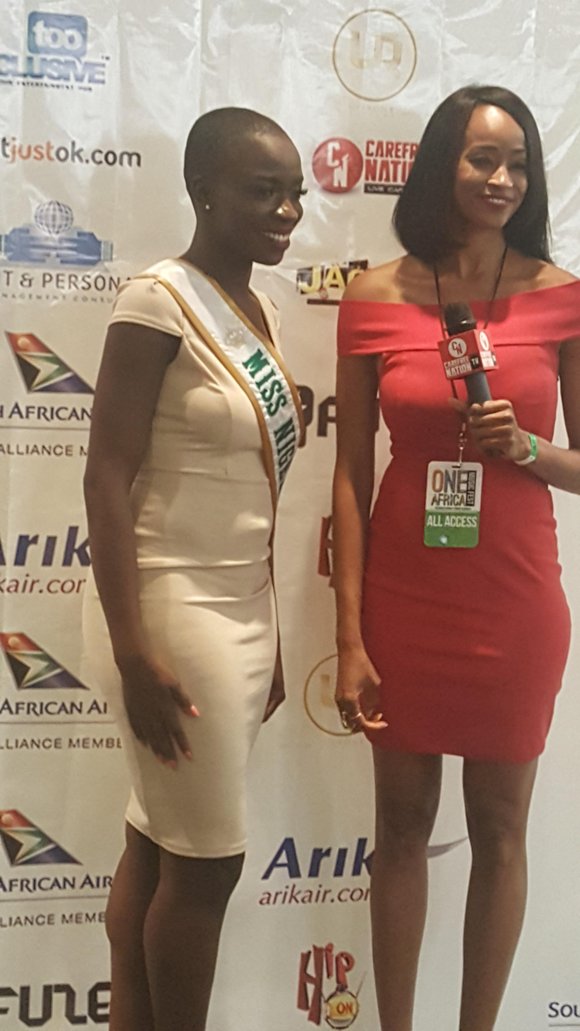 Africa took over Downtown Brooklyn with style, fashion, music and culture this past weekend.

Upfront & Personnel hosted their first African concert at the Barclays Center in Brooklyn Friday, July 22. One Africa Music Festival is also the first concert to have numerous African musicians performing in the states. This concert featured some of the biggest names in Afrobeat, such as Wizkid, Davido, Flavour and Tiwa Savage. Most of the artists were Nigerians and Ghanians, but there were Caribbean musicians who came and performed, such as Timaya and Ayo Jay. The concert was hosted by Afrobeat singer and rapper Banky W, who is originally from Brooklyn but was raised in Nigeria. Now he proudly states,“I am a Lagoian!” referring to the former capital of Nigeria. Banky W and other performers met with the press before the show.

State Sen. Jesse Hamilton was also spotted at the concert, and he spoke to the AmNews. “I am very excited to see the African musicians perform tonight,” he said. “I want to enjoy listening to the African music, and feel as if I am a part of their culture. I believe that it is important to have events like this, so that we can all enjoy and experience the African culture.”

Although every concertgoer had a particular act he or she wanted to see, everyone knew a song or two from each performer.

Wale was the only artist who did not make an appearance. He was unable to attend the concert because his daughter was in the process of being born.

During singer Wizkid’s performance, he brought on rapper and producer Swizz Beats. He also performed his latest hit song with Drake, “One Dance.” Many Wizkid fans have been frustrated by Drake’s lack of acknowledgment of Wizkid’s contributions on the hit song, but when he sang the song on stage, the packed audience sang with him.

Jidenna, the “Classic Man,” brought a masquerade performer and his eccentric self to the stage. Diamond Platimumz wowed the crowd, and Davido was just a rock star, with his major Afropop status. King of Soca Machel Montano took to the stage, adding to the display of different genres both from the stage and from the DJ booths, which included dancehall, reggae and hip-hop.

Without any sponsorships from any businesses, Paul O and Upfront & Personnel brought together thousands of Afrobeat/Afropop fans from all over the tristate area for the concert. Upfront & Personal is a global institution that is determined to make African artists globally recognized and respected for their creative artistry and talent. This concert went a long way toward making this objective happen.

These artists are internationally known and want to break into the mainstream in the U.S.

All types of people were in the audience, and the different languages, the diverse African Diaspora culture, the styles and the fashion made for a thrilling experience. Next up is the great juju music maestro King Sunny Ade at the Brooklyn Masonic Temple Aug. 19, 2016. For more information, visit http://tinyurl.com/ksaawi2016.