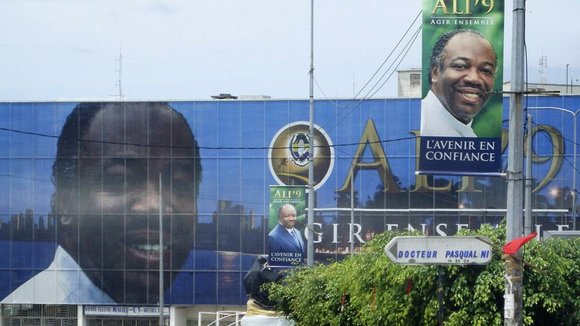 (GIN)—For the past 50 years, the citizens of Gabon have lived under a dynasty with one name: Bongo.

Omar Bongo Ondimba, the father, served from December 1967 to June 2009 to be replaced by his son, Ali Bongo Ondimba, who served from 2009 until today. Next month, Gabonese will have a chance to elect someone other than a Bongo family member, although the chances are slim.

In the capital Libreville this past weekend, peaceful protestors demanding fair elections are already facing a heavy police presence. Some 15 opposition leaders and hundreds of marchers formed a human chain. Police using teargas dispersed the crowd, and several shots were fired.

A cameraman with Agence France Press was reportedly grabbed by masked members of the security forces and thrown into a pickup truck, where he was beaten.

When Arab Spring protests broke out in Egypt and across North Africa, the possibility of a Mubarak dynasty moving from Hosni to Gamal Mubarak helped stoke dissent. Now in Gabon, citizens are demanding new leaders and an end to the corruption highlighted in a suit by Transparency International. It names Omar Bongo, among others, of looting the treasury for his personal benefit and depositing 8.5 percent of the national budget into a personal Citibank account.

Gabon, blessed with oil wealth, has a very high gross domestic product per capita by sub-Saharan African standards, but little of that wealth reaches the Gabonese people, one-third of whom live in poverty.

Meanwhile, the Union of Magistrates has joined ranks with those calling for greater freedom, especially for the many demonstrators recently arrested.

“They were simply arrested because there is only a single camp that can demonstrate in our country,” said Louis Patrick Mombo, a member of the union. “All those who are with President Ali may undertake any event, but when it comes to protests by trade union organizations, NGOS or opposition political parties, demonstrations are prohibited.”

Elections are scheduled for August 27.