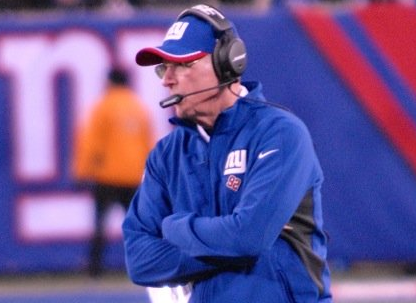 Tom Coughlin didn’t want to go. For certain he didn’t want to end his 12-year tenure as the New York Giants head coach with three straight losing seasons, in which the Giants had a combined record of 19-29, three consecutive third-place finishes in the NFC East and no playoff appearances.

Coughlin is a future Hall of Fame inductee, a prideful man who deeply desired one more season to reverse the Giants’ course. From 2004 through 2015, he steered the franchise to three division titles, five post-season berths and two Super Bowl victories, registering a record of 102-90.

However, the Giants’ co-owners, John Mara and Steve Tisch, maintained that change was necessary. After a paradigm long ago established by the Mara family, which beginning with Tim Mara’s purchase of the franchise for $500 in 1925 has held an ownership stake in the Giants, John Mara and Tisch decided against hiring a candidate based on his widespread media appeal and high fan recognition and instead leaned on familiarity, promoting unassuming offensive coordinator Ben McAdoo to head coach.

The 39-year-old McAdoo, who served in his previous role two years under Coughlin, is now charged with overseeing the resurgence of a team that coming into the opening of training camp this week at the Quest Diagnostics Training Center in East Rutherford, N.J., has the talent to once again be division champions.

The indestructible 35-year-old, who remarkably has not missed a game since taking over as the Giants starter midway through his rookie season, passed for 4,436 yards and a career high 35 touchdowns in 2015 to go along with a 62.6 completion percentage.

Most of the time Manning dropped back to sling the football he was looking for Beckham, his fellow New Orleans Newman High School alumnus. The 23-year-old wide receiver cemented his credentials as a superstar last season coming off of a First Team All-Pro campaign in 2014 and being named Offensive Rookie of the Year. He was targeted 159 times and snared 96 catches for 1, 450 yards and 13 touchdowns, garnering Second Team All-Pro honors.

It is imperative that the Giants improve their running game, which ranked 19th (1,609 yards) in 2015. If they do, in large part by solidifying a fluid offensive line, they could boast one of the top offensive attacks in the NFL.

The defensive side of the football will determine whether the Giants are contenders or likely to finish under .500 again (they were 6-10 the previous two seasons). Defensive coordinator Steve Spagnuolo’s unit ranked 32nd, dead last, in total defense last season, surrendering 4,783 yards through the air (298.9 per game) and 1,942 on the ground (121.4 per game).

But ownership dipped deep into their pockets to sign, among others, former Washington linebacker Keenan Robinson, ex-Miami Dolphin defensive end Olivier Vernon, erstwhile New York Jet defensive tackle Damon Harrison and cornerback Janoris Jenkins, who patrolled the secondary for the St. Louis now Los Angeles Rams a season ago, in addition to drafting Ohio State cornerback with the 10th pick in the first round.

If they all stay healthy and have productive seasons, which is always a qualifier in football, the Giants should end their three-year playoff drought.