The word ‘thug’ has no place in Commissioner Bratton’s vocabulary 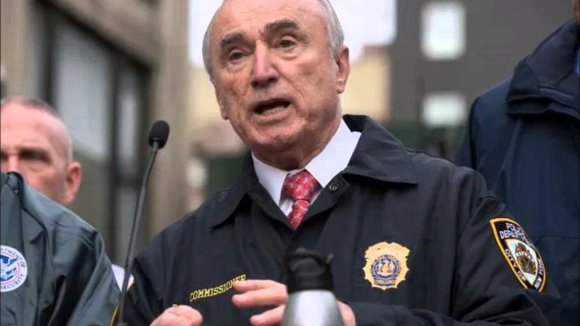 Commissioner Bratton recently referred to the suspected gunman in the shooting at a T.I. concert last week as a “thug.” I am quite certain the commissioner has an extensive vocabulary and can surely think of a more detailed description when speaking of potential suspects in a murder investigation.

Bratton’s use of the word was disturbing to me because he yet again fell back on the tired old trope of the stereotypical violent individual who listens to, enjoys and/or creates hip-hop and rap music. I am not interested in revisiting the “war on rap music” that was waged in the 1980s and 1990s by the likes of Tipper Gore, Dionne Warwick and half of the U.S. Senate. However, I do think it is important to discuss the racially coded language that encapsulates Bratton’s use of thug in relation to Black men and rap music.

Very rarely, if ever, is a non-Black male referred to as a thug. No one called Dylan Roof a thug when he murdered nine innocent people in a church. No one called George Zimmerman a thug when he hunted down and murdered an innocent 17-year-old boy walking home from the store. And no one called any of the multiple school shooters “thugs” when they extinguished the lives of their classmates and teachers for seemingly no reason at all.

I am from the Marshawn Lynch school of thought on the use of the word thug. He realized that so many people on social media used the derogatory N-word towards him when they felt he had not been a team player. However, he also noticed that many people also hurled the term thug at him when recognizing the N-word would be inappropriate. He essentially made the cogent argument that in the context of Black men, thug is the new N-word. It is a more palatable word for many and it still gets their point across that they are actually referring to someone they consider the N-word.

So why should the highest ranking police official in New York City think this language is appropriate in 2016? By now he should be well aware of the tensions between Black residents and the police officers in their communities. He should be well aware of the disproportionate number of Black men and boys who are languishing at Rikers Island, in too many instances primarily because of poverty and not because they have committed what society (or the law) would consider a real crime. Bratton’s boogie-man narrative of Black thugs creating an unsafe city is stale, and if we are to ever get substantive and equitable policing in our communities, it must come from a leader who looks at Black men and boys and sees potential, not just a thugs.