Muhammad Ali: Boxing legend, activist and 'The Greatest' to a world of fans 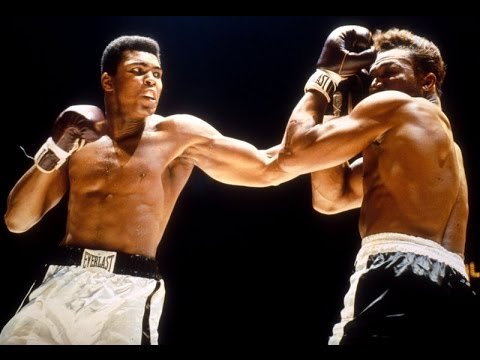 Muhammad Ali in the ring. FILE

(CNN) -- His hands and his mouth were furiously fast. His skill as a boxer made him "The Greatest" in his mind and in the minds of many others.

He antagonized opponents with his taunts, amused reporters with his boasts and angered government officials with his anti-war speeches. At the same time, he goaded a stubborn, hard-nosed society with his stinging jabs against pervasive racism.

Since the mid-1960s, he had been one of the most famous faces on Earth, and even though his appearances in recent years were few, the name Muhammad Ali still sparked smiles all around the globe.

His death Friday at age 74 came after a lengthy battle against Parkinson's disease. Ali was diagnosed with the disease in 1984, three years after he retired from a boxing career that began when a skinny 12-year-old Louisville, Kentucky, amateur put on the gloves.

He is survived by his nine children, including daughter Laila, who like her father became a world champion boxer; and his fourth wife, Lonnie.

Ali was known in the ring for his flashing hand speed -- unusual for a heavyweight -- for his showmanship and also for his brashness and braggadocio when a microphone was put before him. He taunted opponents before matches, trash-talked them during and proclaimed his greatness to reporters afterward.

He stayed on his toes, literally, during a bout, sometimes quickly moving his feet forward and backward while his upper body stayed in place. The mesmerizing move became known as the "Ali Shuffle."

Fans on every continent adored him, and at one point he was the probably the most recognizable man on the planet.

But he also was a controversial figure at home, announcing his conversion to Islam and name-change after an upset title win over Sonny Liston, then refusing to enter the draft for the Vietnam War and publicly speaking about racism in the United States.

Ali was born January 17, 1942, in Louisville as Cassius Marcellus Clay Jr. His interest in boxing began at age 12, after he reported a stolen bike to a local police officer, Joe Martin, who was also a boxing trainer.

Martin told the young, infuriated Clay that if he wanted to pummel the person who stole his bike, he had better learn to box.

Just months after he turned 18, Clay won a gold medal as a light heavyweight at the 1960 Olympic Games in Rome, convincingly beating an experienced Polish fighter in the final.

The story goes that when he returned to a hometown parade, even with the medal around his neck, he was refused service in a segregated Louisville restaurant because of his race. According to several reports, he threw the medal into a river out of anger. The story is disputed by people who say Ali misplaced the medal.