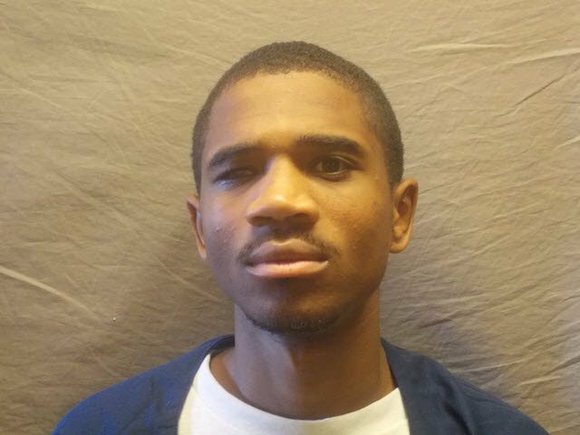 Davontae Sanford has spent more than eight years in prison for a crime he didn't commit. In 2007 then 14-year-old Sanford was arrested for a quadruple murder in Detroit, Michigan. His exoneration came after Michigan State Police decided last year to reinvestigate the case. Michigan Dept. of Corrections

(CNN) -- Davontae Sanford spent more than eight years in prison for a crime he didn't commit. He knew he was innocent, and his lawyers say that police should have, too.

In 2007, four people were killed on Runyon Street in Detroit.

Witnesses said that Sanford's voice sounded similar to one of the shooter's voices, according to documents filed by Sanford's lawyers. Police questioned the then-14-year-old.

Sanford "confessed after several hours of police interrogation over the course of two days," the Innocence Project at the University of Michigan said. Sanford said he attempted to recant his confession.

He later pleaded guilty in the middle of trial "once he realized his defense attorney was not going to do anything to defend him."

Two weeks after he was sentenced, a hit man confessed to the murders, according to court documents.

The assassin led police to a gun, and ballistic tests confirmed it was the weapon used in the Runyon Street killings. He said that Sanford had nothing to do with the crime.

Still, Sanford remained incarcerated until Wednesday afternoon, when he was freed from prison.

Video from CNN affiliate WDIV showed Sanford, now 23, walking out of the Bellamy Creek Correctional Facility in street clothes, getting into the back seat of a car and riding away.

Sanford's pro bono defense team worked tirelessly to appeal his conviction. The case went to the Michigan Supreme Court, only to be dismissed because it was filed under the wrong type of claim, according to public defender Valerie Newman.

His exoneration came after Michigan State Police decided last year to reinvestigate the case. The agency recently submitted a report to the prosecutor's office that recommended perjury charges against the Detroit officer who allegedly fabricated a version of Sanford's guilty plea and assured him that he could go home if he confessed to the crimes.

Sanford was freed per the order of Wayne County Circuit Judge Brian Sullivan. Wayne County Prosecutor Kym Worthy has also agreed to dismiss all charges and will not retry him.

"Finally I am able to share the good news that has been burning a hole through my soul not to tell!!!! My brother is finally coming home, thank you Jesus," Sanford's sister, Deshonda Davis wrote on Facebook on Tuesday.

"I doubt if I get any sleep tonight, tomorrow will absolutely be the best day of my life. Thank you everyone for all the love, prayers, & support. God this feeling is unbelievable!!!!!!!!!!"

David Moran, director of the Innocence Project at the University of Michigan who was a part of Sanford's defense team, has mixed feelings about the exoneration.

"I'm very excited, but very sad that Davontae lost eight and a half years of this life," Moran told CNN.

Moran called Sanford's case the perfect storm of a bad investigation by the Detroit police and poor defense by his assigned attorneys.

"When you work for years to shine light on an injustice and your work comes to fruition in a positive manner it's extremely gratifying," Newman told CNN.

When asked for comment, Michigan State Police public information officer Shannon Benner said Wednesday, "The MSP was asked by the Wayne County Prosecutor's Office to reinvestigate this case as an independent finder of fact. We are pleased to find our efforts were of value."