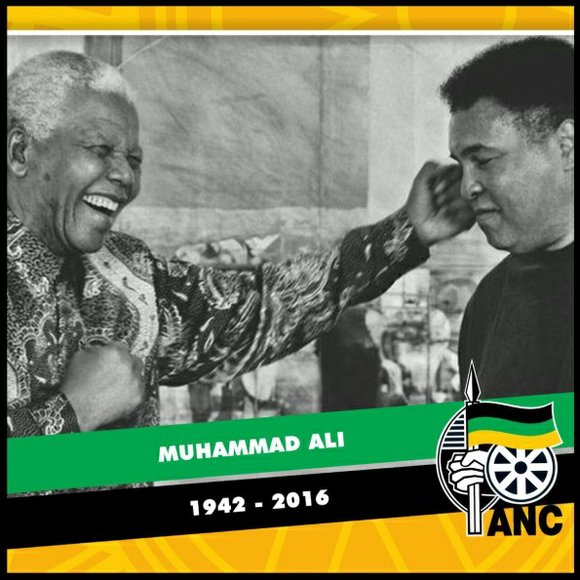 He was adored by hundreds of millions on the continent, but Muhammad Ali was much, much more. He championed Africa’s cause, seeking to change the bleak views held by many outside the continent—a place of accomplishments that were cruelly omitted from school textbooks.

Ali’s voice was already finding an international audience even before the match that electrified millions of African people in 1974.

In 1967, saying he would go to jail rather than go 10,000 miles around the world to kill brown people in Vietnam, his words sent shock waves to oppressed people in Karachi, Pakistan, in Cairo, Egypt and in Guyana, where a picket of support went up in front of the U.S. Embassy.

Seeing Africa on an earlier three-nation tour, Ali shared his delight at visiting a Black continent. “I am glad to tell our people there are more things to be seen in Africa than lions and elephants,” he enthused. “They never told us about your beautiful flowers, magnificent hotels, beautiful houses, beaches, great hospitals, schools and universities.”

Then, with the “Rumble in the Jungle” fight against George Foreman in 1974, Ali cemented his African connection. Ali’s jaw-dropping victory over Foreman clinched his place as the people’s champion, said Lagos-based reporter Yomi Kazeem. “Ali was a towering inspiration to Africans throughout and beyond his fighting career.”

President Uhuru Kenyatta of Kenya wrote, “Muhammad Ali was not only a great boxer, I celebrate him as an inspiration and a peacemaker. He left footprints of true greatness on Earth.”

Ali’s interest in Africa did not end with Kinshasa and he visited the continent several times afterwards.

From South Africa, former President Nelson Mandela’s grandson, Mandla Mandela, recalled “For Madiba, who had been an avid boxer in his youth, it was a dream come true to meet his boxing hero in real life and draw inspiration for his courage, bravery and self-belief.”

Another memory was shared by independent journalist Khadija Patel, a young girl of 9 in 1993, who remembered waiting for an announced visit by Ali to Johannesburg.

“I cannot claim to have had my life immediately altered by the sheer act of waiting for him,” she said. “But I can understand now how important it was for me as a child to understand, without it being said, that people with skins tainted by the gaze of the oppressor—people with names like mine—could also touch the world.”

SOUTH AFRICA UNSETTLED BY US WARNING OF IMMINENT TERROR ATTACKS

(GIN)—South Africans were shocked this week to learn that a U.S. travel alert, issued Saturday, predicted a likely attack by terrorist groups at upscale shopping areas and malls in Johannesburg and Cape Town and had warned Americans to take measures.

There had been no such warning from South African authorities. State Security Minister David Mahlobo assured citizens that the country was not in “immediate danger” of attack by militant Islamists.

“We remain a strong and stable democratic country, and there is no immediate danger posed by the alert,” Mahlobo said in a statement.

The U.K. and Australia have issued similar alerts, which threaten economic havoc in the country at a challenging time for the South African economy.

The ominous U.S. security message read in part, “Terrorist groups are planning to carry out near-term attacks against places where U.S. citizens congregate … This information comes against the backdrop of the Islamic State of Iraq and the Levant’s public call for its adherents to carry out terrorist attacks globally during the upcoming month of Ramadan.”

The alerts are meeting with skepticism if not disbelief. Clayson Monyela, South African public diplomacy spokesman, dismissed the alert as another false alarm, although both the British and Australian governments stand by the claims.

The African security consultant company Signal Risk noted, “Despite the presumed activity of Islamist extremist groups in South Africa, there has yet to be an attack. This likely speaks to South Africa’s neutral foreign policy, which provides militant groups with little motivation to execute an attack in the country.”

Jasmine Opperman, Africa director for the Terrorism Research and Analysis Consortium, or TRAC, added her voice. “A terror attack?” she said. “In Joburg or Cape Town? The very idea seems absurd. South Africa has plenty of problems, but, so far at least, violent Islamist extremism has not been among them.”

She continued, “This isn’t the first such warning issued by the U.S. Embassy in South Africa. In September 2015, a similarly vague statement was issued. It should also be noted that, ever since the attack on the U.S. Embassy in Benghazi, Libya, U.S. missions have been playing it safe by releasing public warnings at the merest suggestion of a threat.”

Sources contacted by TRAC suggest there is no specific intelligence suggesting an attack in South Africa during Ramadan.

Although South Africa is in fact home to a number of supporters of Al-Shabaab, the Al Qaeda-aligned Jahbaht al-Nusra and the Islamic State, active supporters of these groups are primarily involved in recruitment and financial supply lines, rather than terrorist activity.

However, South Africans cannot ignore the threat, cautioned Opperman. “Irrespective of the credibility or otherwise of these particular warnings,” she said, “South Africa is becoming increasingly vulnerable to terrorism on its soil.”