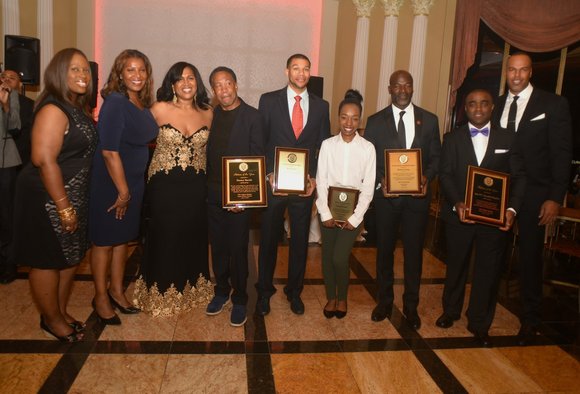 There were many celebrations at Terrace on the Park in Flushing, N.Y. June 2, 2016. The Vulcan Society, Inc. of New York hosted the 76th Anniversary Scholarship Dinner Dance. The Vulcan Society is an African-American organization of firefighters, EMTs, paramedics and fire inspectors who all serve the needs of the FDNY.

The community celebrated the Vulcan Society’s rich history and gave awards to extraordinary members of the organization. A scholarship was also awarded to a deserving student. Among some of the awards being presented for the evening was the Ambassador Award. This award was given to retired firefighter and now full-time actor Hisham Tawfiq. He was awarded for his service to the FDNY as a drill instructor at the FDNY training academy and as a mentor for firefighters for the Vulcan Society. He was also acknowledged for his excellence as a star on the hit television show, “The Blacklist.” On the show Tawfiq plays the character Dembe.

The Community Service Award was given to William West. He helped raise $12,000 for the relief efforts in Flint, Mich. West and others spent several days handing out water and supplies to Flint residents.