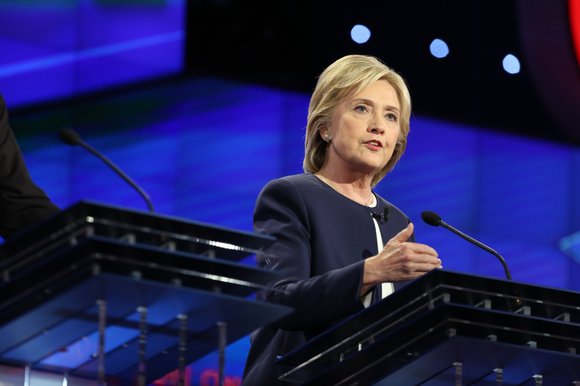 (CNN) -- The leadership of the AFL-CIO voted on Thursday to endorse Hillary Clinton for president, according to a spokesman for the union federation.

"Hillary Clinton is a proven leader who shares our values," AFL-CIO President Richard Trumka said in a statement after the vote. "Throughout the campaign, she has demonstrated a strong commitment to the issues that matter to working people, and our members have taken notice. The activism of working people has already been a major force in this election and is now poised to elect Hillary Clinton and move America forward."

The endorsement from the more than 12 million member organization is a boon for Clinton, who after clinching the Democratic nomination for president will face Republican presumptive nominee Donald Trump in November.

According to the AFL-CIO, the endorsement means the organization will "put in motion its ground campaign to elect Hillary Clinton and union endorsed candidates across the country."

"We will run a sophisticated, targeted ground campaign," Trumka said. "And with the dire consequences Donald Trump poses for America's working families, it has to be."

"The AFL-CIO is one of America's most vital organizations, having been on the front lines of the fight for good-paying jobs and careers with benefits and dignity for more than a century," Clinton said in a statement. "AFL-CIO member unions contribute to virtually every sector of our economy and are on the job in every corner of our country -- building our infrastructure, teaching our children, sowing our fields, operating our ports, and entertaining us on stage and screen."

"Instead they have become part of the rigged system in Washington, D.C., that benefits only the insiders. I believe their members will be voting for me in much larger numbers than for her," he said in a statement, citing issues such as immigration, energy and trade where he says he would be better for workers.

Last week, the AFL-CIO's political committee voted to back Clinton in the general presidential election, a move that all but locked up the endorsement for the former secretary of state. The executive council held a conference call on Thursday where they officially decided to back Clinton.

In February -- near the beginning of the primary fight -- the AFL-CIO had declined to endorse either Clinton or her challenger, Vermont Sen. Bernie Sanders.

Clinton ran for the Democratic nomination with a pro-union platform, telling audiences across the country that right to work laws, which hinder union activity, are "wrong for workers and wrong for America."

"The American labor movement pioneered the basic bargain that made our country great," Clinton said at a Detroit union event in May. "If you work hard and you do your part, you should be able to get ahead and stay ahead. So you are not just fighting for your members, you are fighting for all working families. And I am proud to be in the trenches fighting along side you."