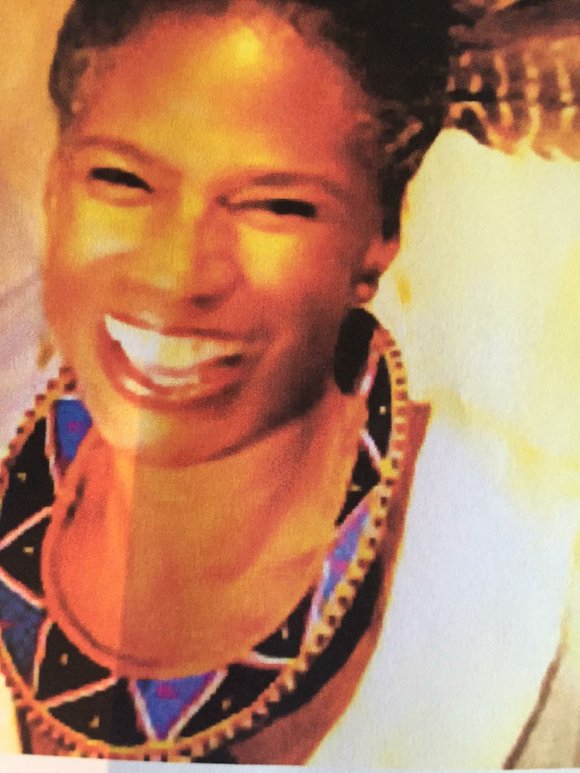 In search of the ancestral, whether physically or spiritually, was a mission that consumed the being of Stephanie Alston-Nero. Her poetry resonated with this quest, her healing was empowered by it and the ancestral was the narrative thread that governed her days. Those days, in one sense, came to an end May 26, when she made her Earthly transition. She was 61 and lived in Harlem.

Six months ago, Alston-Nero, a woman of immense creativity and versatility, was diagnosed with pancreatic cancer. As a practitioner of holistic medicine and EFT, the tapping mode of healing, it was logical that she would explore these means before yielding to other medical treatments.

“She was a courageous and giving person,” said her husband, Michael Alston-Nero. “We sought several less invasive ways to deal with her illness. It was not until all hope was lost that we began to notify people about her situation.”

When it was announced on GoFundMe, the response was immediate and her friends and associations gladly contributed to helping her find alternative ways of fighting the illness.

Alston-Nero was a very private person, choosing to express her feelings through her art, which emanated in her poetry, particularly her books—“Kiss Me on My Face of God: Ancestral Poems,” which embodied her belief in prayer and meditation, and “In Wild Violet Shrine, New and Selected Poems.”

For many years, along with her acting performances—and many will recall her role in “Sheila’s Day,” a play about African-American and South African women struggling against apartheid and racism—she was a freelance consultant for theater education programs for children, including the Theater Development Fund. She taught theater arts to many youths, motivating and enhancing their lives with confidence and self-esteem.

A graduate of Antioch College in Yellow Springs, Ohio, Stephanie devoted much of the last years of her life to assisting others. On YouTube you can find some of her lectures and her promotional work for EFT. And her website was a fount of alternative information on healing and wellness.

“The body never lies,” she says on her website. “It stores and carries everything that has ever happened to it. When it ceases to be able to heal itself (when there is physical, emotional, spiritual dis-stress, dis-ease, dis-comfort) it is an indication that the history the body is holding needs to be cleared, emotions need balancing and the body’s subtle energy field must be brought back into alignment.”

Clearly, she took to heart this process and for a while it sustained her, allowing her to prepare for the next ancestral plane.

In 2003, Stephanie and Michael, bought property in upstate New York, named it Stone Feather Retreat and welcomed many unable to afford alternative healing services in a natural environment. At this location and others, Stephanie taught nurses and others the EFT technique. She gave free healing sessions to veterans suffering with PTSD, single mothers and children exposed to violence and trauma.

These sessions were merely another way of her giving and reaching out to others through her ancestral connection.

“Her inner beauty captivated whomever she met,” her husband said. “I will miss our mutual spirituality.” As will her mother, Margaret Morris, six sisters, two brothers, three sisters-in-law and a host of other relatives and friends. Neighbors will also miss Stephanie on her morning walks with her dog, Satchi.

A memorial service is scheduled on her birthday, Monday, June 20 at her home, 431 W. 146th St., Garden Apartment. There will be an open house 2 p.m. to 10 p.m. For more information about the time, contact FrontRowPro@aol.com.