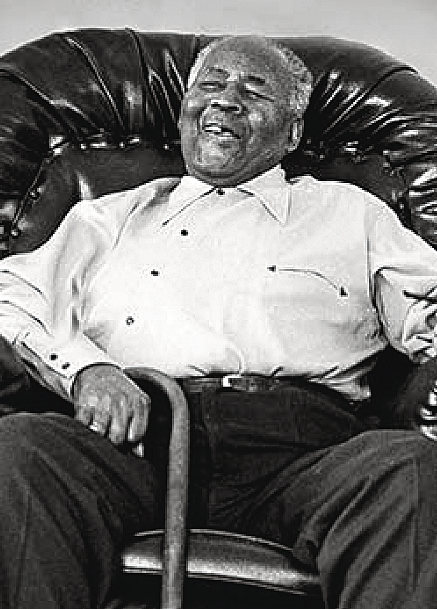 If you’re one of the deep diggers of African-American history and you’ve heard of Dorsie Willis, then I tip my kufi to you. For the uninformed, of which I was a member until a few days ago, Willis was a survivor of the “Brownsville Massacre” in Texas in 1906. It wasn’t exactly a massacre in the sense of actual fatalities, but Black soldiers, who were wrongly accused of killing a white man and injuring another, had their lives forever ruined after being dishonorably discharged from service.

In the summer of 1906, a little after midnight, rifle shots echoed in the streets of Brownsville, where the Rio Grande enters the Gulf of Mexico. The shots were fired not too far from Fort Brown, where Black troops were stationed. One white man, a bartender, was killed and another, a police lieutenant, was seriously wounded.

Some background is needed to understand how and why this incident occurred. Long before the departing white 26th Infantry in Brownsville was replaced by the colored 25th Infantry Regiment, of which Willis was a member, the white residents had voiced their concern about settling Black soldiers in the town. The signs posted in the windows and doors of local businesses, restaurants and other public facilities declared, “No Niggers or dogs allowed,” and were symbolic of the simmering racism and discord in the community.

Willis, a native of Mississippi, was a member of a unit that had served with valor and distinction during the Spanish American War. None of these acts of bravery meant anything at all to the white residents of Brownsville, who were violently opposed to the presence of the soldiers, believing them inferior and an insult to their standing in the community.

An investigation of the shooting led to the arrest of 167 Black soldiers. Several white residents said they had seen the incident and accused the soldiers. Moreover, shells from Springfield rifles recently issued to the troops were found at the scene of the shooting.

The commander of the regiment vouched for the Black soldiers, testifying that all were in the barracks and asleep at the time of the shooting. Their rifles were checked and none had been recently fired. It was even concluded that the shells found at the scene were planted there.

President Theodore Roosevelt ordered two investigations, one led by General Ernest Garlington, a known racist from South Carolina. The investigations were delayed because of the presidential election and because Roosevelt didn’t want to risk losing the Black vote. On Nov. 28, 1906, Roosevelt ordered the 167 soldiers to be dishonorably discharged, denying them back pay and pension benefits. They did not receive a formal trial or have the benefit of a defense counsel. Whites across the country celebrated Roosevelt’s decision.

When he was interrogated, Willis said he was in bed when the shooting occurred and wasn’t aware that anything had happened. He was among the 167 soldiers discharged from the military. Born in Mississippi in 1886 of free parents, Willis joined the 25th Infantry in 1905. Not much is known about Willis after he was discharged, though 68 years later, Jan. 10, 1974, he received a check for $25,000. Along with the check, Willis was notified that he and the other members of his unit, by the order of the Secretary of Army, had their discharges reversed to honorable.

Willis was the sole survivor of what was later deemed the “Brownsville Massacre” and at that time was 87 years old and living in Minneapolis. “I’m grateful for the check,” Willis told reporters. “It’s a great birthday present. But it comes too many years too late.”

Thanks to the tireless work of historian John Weaver and his carefully researched book, “The Brownsville Raid” (1970), the U.S. Army reinvestigated the incident, and in 1973 all the soldiers had the charges reversed. By then only Willis was alive, although he had already been readmitted to the Army earlier with an honorable discharge.

Action by Rep. Augustus F. Hawkins of California was instrumental in getting Willis the compensation he deserved for the injustice. Willis died three years after receiving the check and is buried in the U.S. Military Cemetery at Fort Snelling, Minn., with full military honors.

It cannot be ascertained if Willis was still in Texas in 1917 when a similar incident occurred in Houston. Again, it was a case of Black soldiers being met with hostility by local residents upon arriving in town. This time it was the all-Black Third Battalion of the 24th Infantry who experienced the lash of racial discrimination. Though many of them were familiar with the Jim Crow laws of the South, they felt their uniforms would provide them a special dispensation. They were wrong.

The troops, no longer able to contain their resentment, pressed their rights to move freely about Houston. On Aug. 23, 1917, a riot erupted after two policemen arrested a Black soldier for interfering in the arrest of a Black woman in the Fourth Ward. When Charles Baltimore, one of 12 Black military policemen with the battalion, inquired about the arrests, a white police officer hit him in the head. Subsequently, Baltimore was re-arrested after he had fled the station. Rumors were circulated that he had been shot and killed.

Upon learning he was not dead, a group of Black soldiers, who were being held at the police station, assembled and marched to secure his release. The white officers in charge, in an attempt to curtail a confrontation, had all rifles and loose ammunition at the fort confiscated. When a soldier screamed that a white mob was approaching the camp, Black soldiers stormed the supply tents, grabbed the rifles and began firing randomly in every direction.

When the dust cleared and calm was restored, fifteen whites were killed, including four policemen. Several others were seriously wounded. After two hours of chaos and carnage the Black soldiers returned to the barracks. The next morning, a curfew was imposed in the city. A day later the Black unit was spirited out of the city aboard a train to Columbus, N.M.

“Between November 1, 1917, and March 26, 1918, the army held three separate courts-martial in the chapel at Fort Sam Houston in San Antonio,” according to the Texas Historical website. “The military tribunals indicted 118 enlisted men of I Company for participating in the mutiny and riot, and found 110 guilty. It was wartime, and the sentences were harsh. Nineteen mutinous soldiers were hanged and sixty-three received life sentences in federal prison. One was judged incompetent to stand trial. Two white officers faced courts-martial, but they were released. No white civilians were brought to trial. The Houston Riot of 1917 was one of the saddest chapters in the history of American race relations. It vividly illustrated the problems that the nation struggled with on the home front during wartime.”

On Aug. 31, 1918, President Woodrow Wilson granted clemency to 10 soldiers by commuting their death sentences to life in prison.