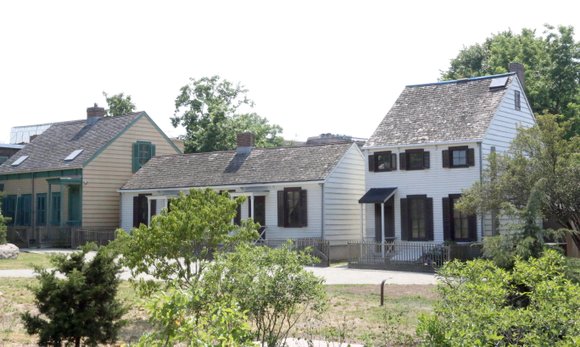 The Weeksville Heritage Center in Brooklyn, the site of one of America’s first free Black communities, has made several budget cuts over the past years to continue its work of preserving the history of Weeksville. Now the center must raise approximately $300,000 before Sept. 31.

“We want Weeksville to be around in perpetuity,” said the Executive Director of Weeksville Heritage Center Tia Powell Harris. “Right now, we kind of live year to year because it’s very tough.”

The annual budget to maintain the facility is $1.3 million, and the costs of keeping the center open increase each year.

“Now that all the contractors have gone away … there are bills that we will continue to take over that will push the budget up,” Powell Harris said. “We are not operating at [our] full capacity yet.”

The center combines cultural, performance and visual arts in its efforts to preserve the history of Black communities.

Currently, the City of New York provides programming support but does not offset maintenance and operating costs for the center’s newest building, which was constructed in 2014. The center has reduced staff, daily hours and weekly programming. Powell Harris said the museum is operating at a minimum offering.

“There are ways that not being at a large enough budget impacts our ability to serve the community,” Powell Harris said. “The more people we can touch, the more people will take part in keeping Weeksville going.”

“We contract for some services because that is more affordable for us,” Powell Harris said. “Rather than being able to build the staff so that the infrastructure is complete and sustainable. We are augmenting the lack of staff with contractors.”

For a couple years, the Weeksville team has made due with community donations and fundraisers to ensure the historic site is preserved.

Recently, five major sponsors at the Weeksville Gala donated between $1,000 and $20,000 to the center. Con Edison, National Grid and the Federal Home Loan Bank of San Francisco were among the organizations that made monetary donations to the facility. The gala was attended by 100 guests.

The center’s team applies for government and foundation grants.

Six years ago, there was a peak in donations because of a widely publicized preservation campaign.

The center wants to return to that level of community awareness and interest.

“The donors shift according to interest,” Powell Harris said. “Today’s emphasis is community education, community empowerment, and it’s not about a building or a renovation. It’s about the people.”

Because of the dozens of cultural opportunities across the city, the Weeksville team is working to identify and target their consumer market.

“We are one of a kind,”Powell Harris said. “My goal is to get the word out to everyone that will listen. We are here for them and [we are] praying that they are here for us too.”