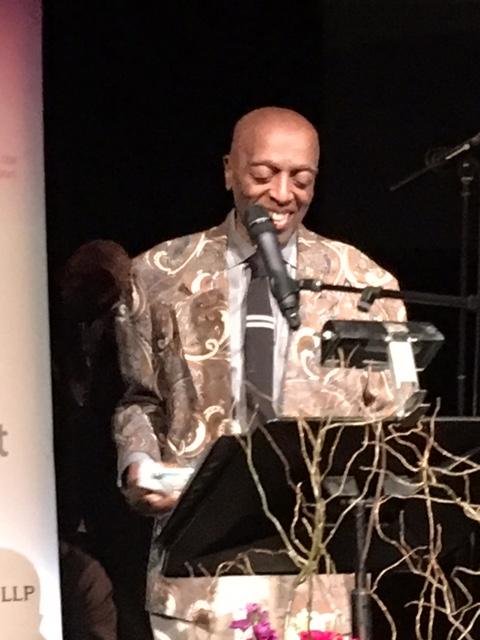 There was a time when innovative jazz, Latin jazz musicians and the Salsa kings called the Bronx their home. At night they appeared like moon gods in various hip sanctuaries that drew lines to witness their musical magic. Although the music thrived, the venues went the way of the dinosaurs.

Yet, like the phoenix from the ashes, a younger generation of artists from varied cultural backgrounds have staked out the Bronx as their territory to continue explorations of the music.

The Bronx Music Heritage Center at 1303 Louis Nine Blvd. is one of the primary venues leading the charge in bringing a cultural collection of jazz and cross-genre performances to the community.

July 1 at 7 p.m., the center’s “The Bronx Rising!” performance series will kick off the musical Independence Day weekend with the 319th U.S. Army Band (based at Fort Totten in Queens, N.Y.), led by SPC Luis Santiago Sierra from Puerto Rico.

This performance celebrates the 100th anniversary of the formation of the 369th Infantry Regiment, the “Harlem Hellfighters,” whose regimental band was led by Lt. James Reese Europe, who introduced European audiences to jazz during World War I.

Although John Philip Sousa (1854-1932) is known as “The March King” because of his mastery of march composition, it is quite evident that during Europe’s reign as leader, composer and arranger for the Harlem Hellfighters’ regimental band, he took the marching band experience to a higher level.

If there are any doubts, just check YouTube and watch the Harlem Hellfighters as they march (it’s really a more hip syncopated step) through Harlem during a ticker tape parade after returning victorious from WWI.

While stationed in France, Europe and the Harlem Hellfighters’ regimental band performed for soldiers and civilians. Their version of America’s march standard, “Stars and Stripes Forever” had a taste of soul compared with Sousa’s version. The band’s syncopated tunes, such as “The Memphis Blues,” were France’s introduction to ragtime and the first sounds of jazz.

This event is free and open to the public. It is curated by BMHC’s co-artistic directors, City Lore folklorist Elena Martínez and Grammy-nominated musician Bobby Sanabria.

“As we celebrate the 100th anniversary of the formation of the 369th Regiment due to its famous band, we also recognize the immense contribution marching and military bands have had on popular music,” stated Martínez.

Lunch on a Tuesday afternoon could never be more exciting as the host trombonist/composer Craig S. Harris brings a montage of creative musicians to the Harlem scene. They are the warriors who defy the jazz police by pushing beyond the so-called jazz boundaries to expose extended versions of their musical lives.

Anyone familiar with Harris knows he plays on the edge. Whether playing in a musical forum or visual performance, he takes the extra step into the beyond.

The elder-statesman drummer, a legend in his own time, Roy Haynes was presented the Legends Jazz Award. The great Lester Young called him “the Royal of Haynes.” When Max Roach was leaving Charlie Parker’s band Roach’s only words to him were “Hire Roy Haynes.”

At age 92, Haynes has played with everyone from Louis Armstrong to Luis Russell’s Big Band, Billie Holiday, Thelonious Monk, Sarah Vaughan, Miles Davis, Stan Getz, Chick Corea and Pat Metheny. Haynes was quite dapper, known early on as a fashion trendsetter and noted in Esquire as “best dressed.”

Haynes musicianship has varied from big band swinging rhythms to Charlie Parker’s bebop, straight ahead jazz with sweet flowing melodies for “Sassy Sarah” or bopping with Monk to fusion. His own bands have included Roy Haynes Hip Ensemble and his most current for more than 10 years, the Fountain of Youth Quartet.

Haynes introduced a crisp drum dialogue that transformed drumming styles to a higher zone. His hard snap and animated crackle earned him his distinguished reputation in the annals of jazz.

Kenneth Knuckles, president & CEO of the Upper Manhattan Empowerment Zone, was presented with the Jazz and Community Leadership Award.

Marie’s performance made it clear why she is on the A-list of female jazz singers. Alexander, a native of Jamaica, says he named his band Harlem Kingston Express for a perfectly good reason: “It represents my Kingston roots and the great inspiration I have received from Harlem over the years. And the combined cultures make for a great musical mix.”

Alexander and his ensemble offered a spiced-up version of “Take the A Train,” with a reggae flow and a beautiful soulful rendition of “The Greatest Love,” a tribute to Muhammad Ali.