Charlie Parker to be inducted into Apollo Walk of Fame 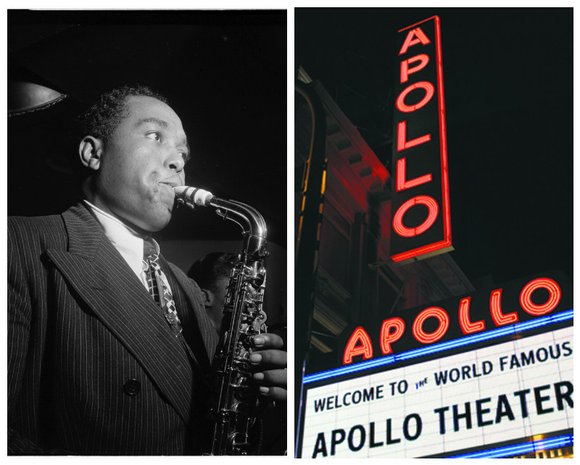 The Apollo Theater is inducting jazz saxophonist, Charlie “Yardbird” Parker, into the Apollo Walk of Fame. The ceremony in honor of Parker will include is set toake place on March 30 at 5 p.m. after the New York premier of the opera YARDBIRD.

The Apollo’s Walk of Fame honors legendary performers who have helped shape the American music landscape and built the Apollo into one of the world’s most enduring cultural institutions. The plaques will be installed underneath the Apollo’s marquee on 125th street, alongside plaques for numerous Apollo legends including Louis Armstrong, Ella Fitzgerald, Smokey Robinson, Michael Jackson, and Patti Labelle, among others.

Parker's history with the Apollo goes back to 1943 when her performed with with the Earl Hines Orchestra—which included Dizzy Gillespie. During his many engagements at the Apollo, Parker further developed his bebop style and also experimented with classical and other musical forms.

The Apollo Theater led the way in introducing a broader audience to bebop when, in 1943, Theater owner Frank Schiffman booked the experimental bebop band The Earl Hines Orchestra, including Little Benny Harris, Dizzy Gillespie and Charlie “Yardbird” Parker. Parker and Gillespie would perform their new style of music at the Apollo as well as at other jazz clubs and after-hours venues, ushering in a new era that resulted in the transformation of big band swing to bebop.

Parker was widely considered one of the architects of the bebop sound and conducted bold musical experiments during his engagements at the Apollo. In 1949 he recorded with string instruments, and in 1950, the first live performances of his album Charlie Parker with Strings­—a recording which bridged the gap between jazz and classical music—was presented at the Apollo.