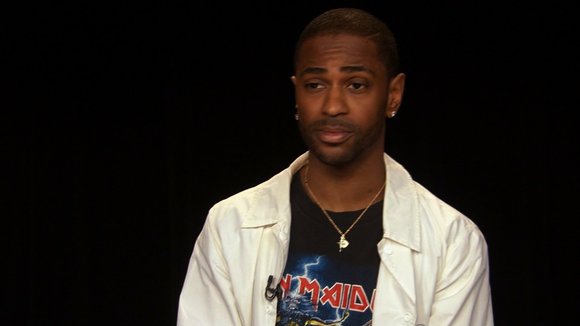 Platinum-selling rapper Big Sean launched the Sean Anderson Foundation in his hometown with a mission he reflected in his Grammy-nominated track "One Man Can Change the World." The song paid homage to his deceased grandmother and depicted his philanthropic mantra. CNN

DETROIT (CNN) -- For Grammy-nominated rapper Big Sean, Detroit is more than just an old-English "D" on his ball cap. It's the place where he makes his biggest investment.

"I do carry the responsibility of the city, you know. No matter what. They made me who I am," said Sean Anderson.

The platinum-selling rapper launched the Sean Anderson Foundation in his hometown with a mission he reflected in his Grammy-nominated track "One Man Can Change the World." The song paid homage to his deceased grandmother and depicted his philanthropic mantra.

"I had to rap about her because she was the one who inspired me. She was the one who showed me one man -- man meaning human being, male or female -- could change the world. You know, to make a difference," said Anderson.

Big Sean's mission for his foundation is simple: to improve the lives of young people.

"Whenever I think of Detroit or my city or the kids in Detroit, the youth of Detroit, I just think of myself," said Anderson.

"It's just so easy to get caught up in the wrong things when you're young," he said. "Having somebody that you could look up to, whether it's a family member, whether it's a mentor, whether it's your favorite rapper, you know, whatever it is, I see the importance of showing people their inner potential."

One way Anderson is doing it is by cultivating young talent. In a partnership with Adidas, he installed a state-of-the-art recording studio at his alma mater, Cass Technical High School in Detroit.

"What's funny is I used to get in trouble for selling my CDs in the hallway. And you can just imagine what it feels like to be back, opening up a recording studio," said Anderson.

Inside the studio students learn how to operate in various roles involved in music production.

"You've got this young generation of millennials and, you know, in traditional education they weren't really being addressed," said Bryant McGhee, Cass band director. "This studio kind of really bridges that gap and it just brings whole other elements to education."

Anderson is also preparing young people for the business aspects of the industry with a program called Mogul Prep, conceptualized with his mother, Myra Anderson. The program gives high school students an opportunity to engage with active, influential members of the music industry. Last year 10 Detroit-area high schools participated.

For students like Fredrick Boutten, who will head to Berklee College of Music in the fall, the experience has been remarkable.

"For someone like Big Sean to come and invest in me ... it was unexpected but it's such a great asset," said Boutten.

"I've got to give back. That's my responsibility, you know. The city put me on, so I'm going to put the city on as much as I can," Anderson said.