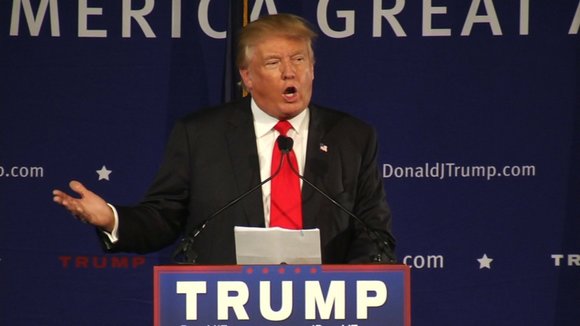 When it comes to blather, bluster and bombast, to say nothing of outrageous demagoguery, President Barack Obama knows this first hand since he has been a recipient of it even before he became the nation’s commander in chief.

The vitriol emanating from the Republican quarters, particularly from GOP presidential candidate Donald Trump, prompted the president to end his silence and address the potential danger of the words.

“The longer that we allow the political rhetoric of late to continue,” he said in a recent statement, “and the longer that we tacitly accept it, we create a permission structure that allows the animosity in one corner of our politics to infect our broader society, and animosity breeds animosity.”

Obama never said Trump’s name, but we will and with the same passion that we praise Obama we denounce the hateful and hurting remarks from Trump. His incipient, fascist comments have sparked outbreaks of violence, and we are not surprised that he denies that they have. But, as we know, this is the same man who believes Obama is not a citizen, was born in Kenya and that climate change does not exist, among other outlandish conclusions.

Trump’s campaign and his racist, sexist remarks have even disturbed members of his own party. Many of the party’s leaders have suggested that he is not qualified to be the president. On this point, we agree with his Republican colleagues. Trump would be an utter disaster as the nation’s leader, and we are all the more perturbed and mortified to learn that Dr. Ben Carson has endorsed him.

Inciting people to violence, asking that a protester be punched in the face and promising to pay the legal fees of anyone who attacks a participant opposed to his candidacy, should be grounds for prosecution. We hope that Trump’s actions will be just the fuel we need during the national elections should he become his party’s nominee. If Hillary Clinton is the nominee, all the youthful energy and enthusiasm Sen. Bernie Sanders has assembled should not dissipate in disappointment. Their commitment will be absolutely needed in the general election, and they should maintain that same determination and momentum they supplied to Sanders’ campaign.

That Trump has said and done nothing to dissuade his multitude is equally troubling, and this says a lot about where we are as a country. Whatever the motivations of those willing to follow Trump no matter where and how he leads—and we are not naïve about the notions of racism in all this—they (and we) are beginning to reap the whirlwind of his inflammatory rhetoric.

His pitting the blame on Sanders for the disturbances at his rallies is another portion of his toxic brew. And this is just the beginning. As we move into the latter stages of the race for the White House, you can bet your bottom dollar that Trump will become even more heated and virulent. Let’s be ready for his scorched earth attack and be prepared to meet fire with fire, if necessary, particularly if our concern for peace and harmony won’t suffice.

We have only two final words to say to his followers: “Dump Trump!”