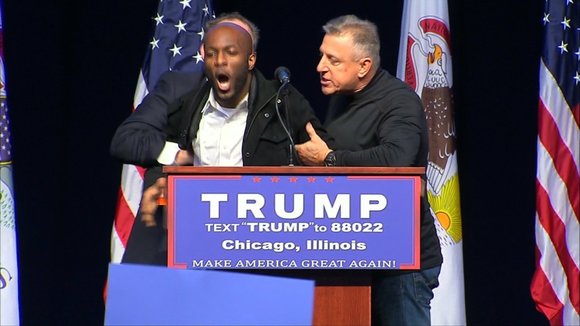 Trump, to people such as McGraw, represents aggrieved, white, working-class Americans, but he’s representing them in a way that even some members of the Republican establishment (and conservative media) feels has gone too far. Kevin Williamson, of the right-leaning publication National Review, wrote about how he thinks the white working class is no longer useful and blamed them for their own problems.

“Economically, they are negative assets,” Williamson wrote. “Morally, they are indefensible. Forget all your cheap theatrical Bruce Springsteen crap. Forget your sanctimony about struggling Rust Belt factory towns and your conspiracy theories about the wily Orientals stealing our jobs. Forget your goddamned gypsum, and if he has a problem with that, forget Ed Burke, too. The white American underclass is in thrall to a vicious, selfish culture whose main products are misery and used heroin needles. Donald Trump’s speeches make them feel good. So does OxyContin.”

Attitudes such as these make it easier to see why working-class white Americans are putting all of their eggs in the Trump basket. They feel betrayed by the Republican establishment. They’re afraid of the changing demographics signaled by the election of Barack Obama in 2008 and 2012. They’re recognizing that the white privilege they so desperately want to cash in on was only meant for a particular kind of white American. They’re angry and they “want their country back.”

For them, “Make America Great Again” is what “Hope” was to Obama supporters in 2008. It’s become a rallying cry. But what happens if they don’t get what they want in November?